The Three Most Common Reasons that Babies Wake Up Too Early 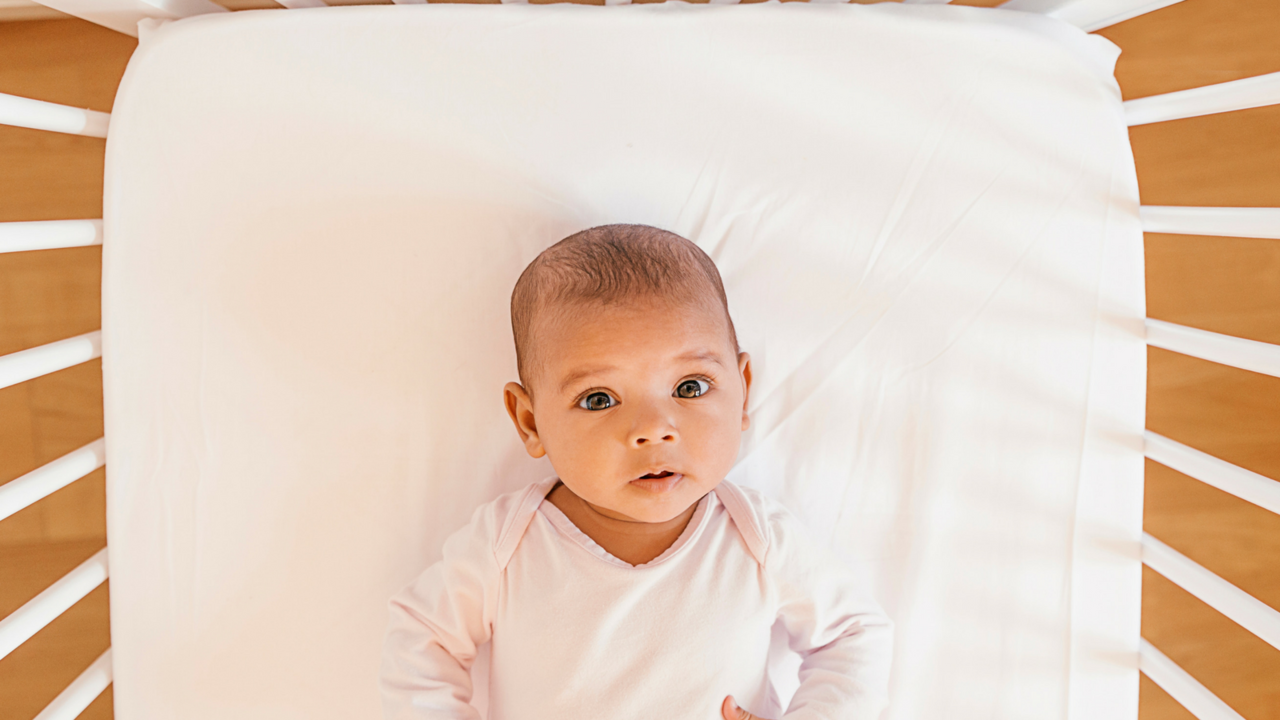 With some babies, it starts in the newborn stage - they're up 'round the clock, anyway, right? So what does it really matter if they start their day at 5 am or at 10 am?

Some babies have no problems when they're newborns, but it starts a little later - maybe when they're infants, but more often in the toddler stage.

And as you stagger out of bed in the wee hours of the morning, you might not be thinking anything at all -- but if you were thinking, you'd probably be wondering, "Why? Why do they think it's normal to wake up at this unearthly hour??"

While it's not something conscious (at least until your teen has the brilliant idea of waking up early to study for a test), there is definitely a reason behind that early morning waking.

Your little baby might just be smarter than you think. Okay, maybe not actually smarter - his brain is actually wired this way.

But light - any kind, really, but especially sunlight - will tell him that it's time to wake up.

Even if he's sound asleep.

Even if his eyes are closed.

Even if it's only a teeny weeny bit.

The reason for that is his Circadian Cycle (not sure what I'm talking about? You can read more on the circadian cycle HERE, HERE, HERE and HERE.)

In the early hours of the morning - from about 4:30 onward - we're in a slightly lighter sleep, and it can be both easier to wake during that time and harder to fall back asleep. I actually had the privilege of experiencing that this morning when, for some reason that I cannot fathom I woke at 4:50, and didn't fall back asleep for another 20 minutes. Simply because my sleep is a wee bit lighter.

Now since light is the zeitgeber that informs our bodies when daytime is, even the slightest change in light can make a child wake up.

So that means if, on a scale of one to ten your baby's room is about a 10 at night and becomes an 8 or 9 during the early morning, that can actually make your baby wake up. And more than that - if your baby has any kind of light in his room (such as from a noise machine, air conditioner, baby monitor, etc.) his increased sensitivity in the early hours of the morning can make him wake up from that.

What are some other environmental factors that can wake your baby?

Alarm clocks, garbage trucks, someone in the house waking - any kind of noise that happens on a regular basis can cause your baby to wake in the morning when he's sleeping less deeply.

The way we teach our children what we expect of them (which is just a nice way of saying "what our rules are", really) is through our actions, reactions and interactions.

And that's why these early morning wakes can be so confusing for our children. Sometimes we may make them stay in bed, or maybe we never do - we just are tired and frustrated from them continually waking, not even realizing that it may just be our actions that are confusing them and causing them to wake early.

In our babies' and toddlers' minds, when we "reward" their early wakes, that means we want them to continue doing them. I put the word reward in quotes because we aren't consciously rewarding them; it's just what ends up happening.

Say, for example, Baby wakes at 5 am. She's been in her crib the whole night long, and Mommy just doesn't have energy to put her back to sleep. So she takes her to her bed and cuddles/nurses her back to sleep till she's ready to wake up with the rest of humanity at 7 am.

Baby's thinking: "Ooooh If I wake up and it's still nighttime I get to cuddle with mommy. She's not gonna try to do the dishes, or put me in my bouncer or bring me to the babysitter - I get exclusive mommy time. Mmmm. I like this. I'll do it again tomorrow."

(Okay - maybe it's not so thought out and logical - but that's the subconscious idea!)

Mommy's actions are out of sync with her expectations - and that's just going to frustrate her.

Now let's say one day Mommy puts her foot down and says "That's it! I can't anymore. We're going to teach baby that 5 am is still nighttime and she has to stay in her crib!"

And she does. For that one day.

And then, the next day, she's just too tired to follow through again, and goes back to bringing Baby into bed with her.

Conventional wisdom says that if your baby is waking up too early, put her to sleep later.

I don't believe in conventional wisdom much.

Because, especially in this case, conventional wisdom is not taking basic biology into account. And basic biology says that if you put your baby to sleep too late, she'll wake up the same time - or even earlier.

We all have a limit to the length of time we can handle being awake. I call it an Awake Time Limit (I know - really fancy stuff, right? 😉).

Now here's the tricky thing about awake time limits: they're not a hard stop. So that means you're not going to close your eyes and conk out the second you get to the end of your awake time limit; you're going to actually get yourself into a sleep environment and prepare yourself to fall asleep.

Which we're not always so good at.

So if we don't actually prepare ourselves to go to sleep, then we won't fall asleep at the end of our awake time limit.

And, as our brains shift from "tired" into "overtired", they send out the Revving Up-ers - a whole bunch of hormones that are going to keep up functioning despite our sleep deprivation.

In fact, you might be familiar with the Key Revver Up-er: Cortisol. He gets bad rap as a stress hormone, but really, he's just doing his job revving us up.

Which is all great and dandy. The problem comes in when he likes to hang out and play for a while though, which Cortisol usually does.

So that means that even after we've gone to sleep (and officially don't have to be overtired anymore because we're ASLEEP!) we still have those hormones running through our system.

And they’ll stay there, doing their thing, for up to 24 hours after the overtiredness started.

So that means that a slightly later bedtime - and an overtired baby - is going to mean more cortisol running through her system through the wee hours of the morning.

Since the cortisol is trying to keep her up (or wake her up), it's going to fight against her drive for sleep. As her sleep gets lighter and lighter in the morning, her over tiredness from the day can kick in and actually wake her up for the day... even though it's still WAY too early to wake up.

Are any of those the reason your baby is waking early in the morning? Or could it have been something else?

Let me know in the comments below!