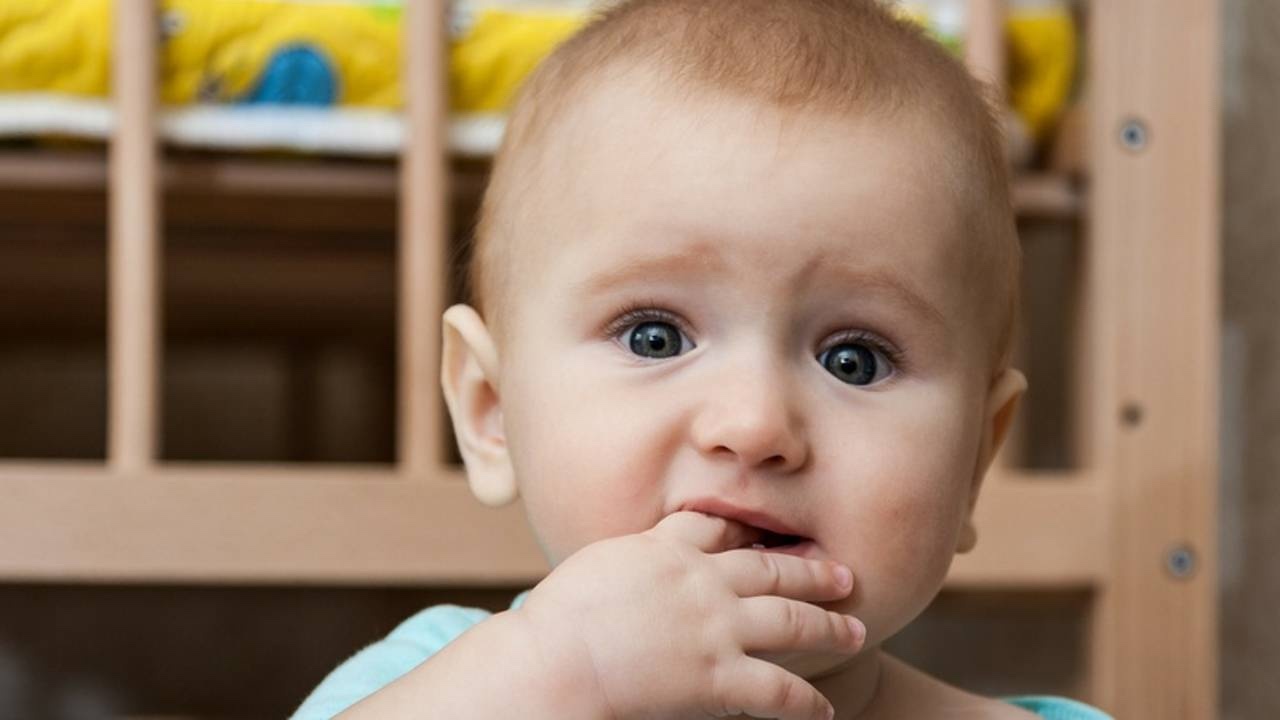 Once upon a time, what feels like it must have been a lifetime ago, since it was before my twins were born, I knew nothing about children's sleep.

But I had a bunch of friends with kids.

One of them, with a 5 month old, told me that she was absolutely sure that her son must be teething. He was up crying every night for a week, and was irritable during the day too. I sympathized (since I had no experience of my own to share), and then put it out of my mind... until the next time I saw her little boy. He was 10 months old. And he had no teeth.

Here's my second teething story; this one happened while my twins were in the midst of breaking their first set of molars.

I have a friend who had recently had her first, and her princess was nearing three months old. We were chatting on the phone one day (as we often do), and she told me that she thought her baby was teething. That made me pause. I've heard of 4 month olds getting teeth (I and my siblings were like that), but 2 month olds...?

When I gently suggested that it was highly unlikely that her baby was teething, she disagreed. "Nope," she said, "she's drooling a lot and putting things in her mouth all the time and is really fussy. My sister-in-law told me that the same thing happens to her kids - they start teething around 2.5-3 months, and then the teeth don't come out till 6 months."

Well... I try to be a friend when I'm talking to friends (and not an early childhood professional), but I couldn't resist this one.

When your kiddo is getting those incisors, the teething only actually *hurts* for the 2-3 days that the tooth is breaking the gum. Molars and canines may hurt a little longer, but probably only for a week or so. So there's no such thing as "starting to teeth" and then "finishing later." It's kinda an all or nothing.

So how do you really know if your child is fussing because they're teething? You don't. Unless you can see the tooth breaking through - or unless the tooth just broke through (that's when you have those "Ohhh!!! THATS's why you were so fussy!!" moments. I've done that a lot :))

So let's talk a little bit about teething, and some of those signs that seem to indicate that a child may be teething... when in fact they may not be. Then we'll wrap up with what to do when you think your kiddo might be teething.

Top Signs of teething and what may actually be going on:

Sorry to disappoint you all, folks, but excessive drool does not necessarily mean that your baby is teething. Around the 3-4 month mark, the quality and quantity of your baby's drool will probably change as he starts gearing up for real food. Not starting solids till 6 months? Not to worry! That's the best thing for your child. But let that drool come, and don't worry that it means he's teething.

This one is a developmental stage, too. Babies are little explorers learning about the world. They like to use as many senses as possible... including taste. That's why you can expect your baby - and even toddler - to want to put everything in her mouth. It really has nothing to do with teething and everything to do with development. Now, will a baby that is teething enjoy chewing on things? Yes, she will. But that does not mean that your baby is teething simply because she's chewing on something

Oh there are LOADS of reasons your child might be fussy! Is he getting enough sleep? Watching that awake time limit? Change in weather caught you off guard? Stuffy nose? Constipated? Sick? I could easily come up with a list of about 100 reasons that your child might be a bit more fussy - and teething is just one of them.

What my friend experienced with her child was likely the development of REM sleep, which happens at about 3-4 months as baby enters the infant stage, and will often make baby a wee bit more fussy (also known as Four Month Sleep Regression, which, incidentally, I refer to as the sleep Progression)

So those are the most tell-tale signs that your child may be teething - even if they're not strictly true.

Now what do you do if you think your child might be teething? Not much.

First, give her something to reduce the pain - whatever remedy you've found to work best. (Personally, I've found Advil to be the best for teething, but I've heard a boatload of ideas from things as sensible as numbing cream to things as outlandish as margarine.)

And then, once you've managed that... the next step is do nothing. As with any regression, consistency is key; keep doing what you're doing and stick to the rules. If your child knows how to sleep, she'll do best if you simply leave her alone.

Have any more signs that you see when your child is teething? Leave it in the comments below so I can include it in my list!