When is Your Baby Ready to Sleep Through the Night? 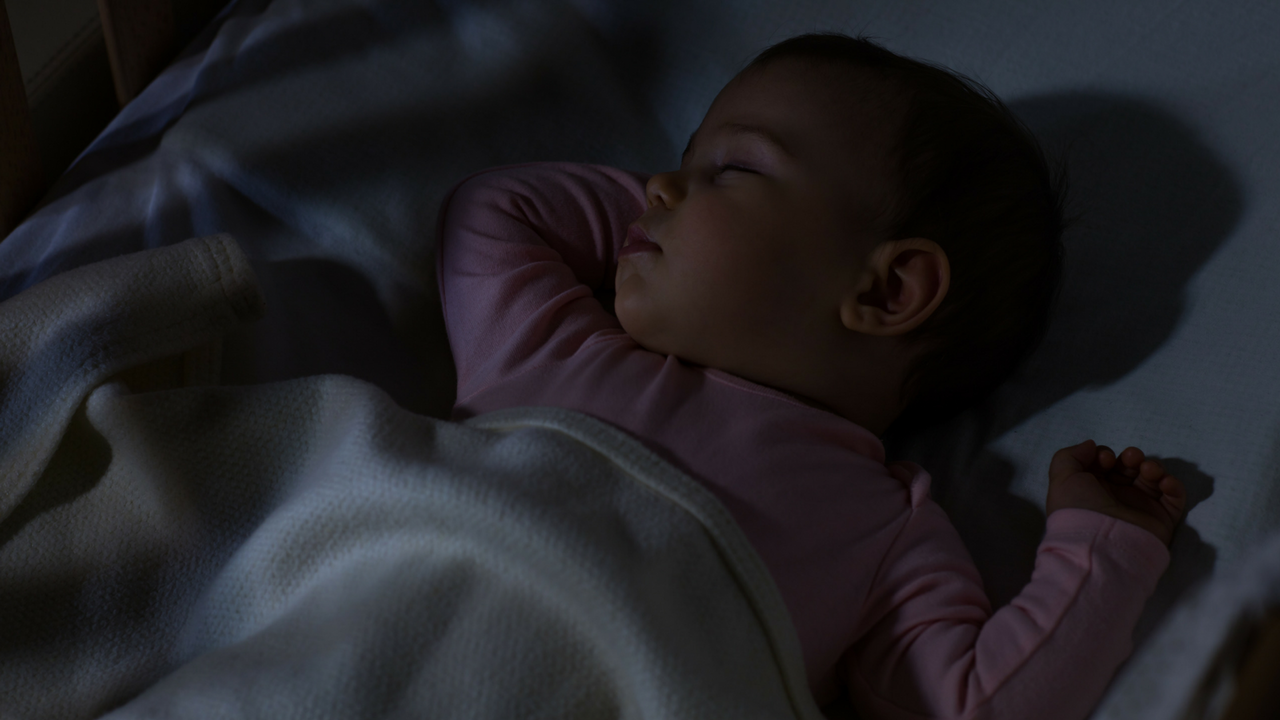 Is your baby sleeping through the night?

Sorry - I know it can be a painful question. It's one of those that everyone seems to want to ask, but no one actually wants to be asked. Know what I mean?

And sleeping through the night is a sticky subject. Reason is: there's no one "right" answer -- especially because everyone means something else when they ask!

I remember when my twins were 8 weeks or so, and I mentioned to someone that I wanted them to "sleep through the night." She looked at me like I fell from the moon. "You know they're only 2 months, right?" she asked. Yeah. So what? What I meant when I said "sleep through the night" was: baby wakes up, I feed her, she goes back to sleep and doesn't wake up for a nice 4-8 hours when she needs to eat again.

They were, of course, totally ready for that! I work with many babies who are still in the first half of the newborn stage and are perfectly capable of self-soothing.

I've read loads of blogs that talk about babies "sleeping through the night" and they mean giving a 6-8 hour stretch every night.

When I say "sleeping through the night" NOW, here's what I mean: sleeping for a 12 hour stretch without waking at all.

So, when is your baby ready for that?

Well, it depends. On a bunch of things.

We humans are born pretty helpless and pretty clueless. Sure there are some things babies know how to do innately at birth (suck, grab a finger, look at a face, etc.), but for the most part, they're learning lots of new things all the time. Along with all of that is their neurological development. At birth, a baby's sleep is pretty irregular. Sleep stretches can range from 30 minutes to 3 hours (or even shorter/longer than that!), with no real rhyme or reason.

Slowly, as the weeks and months pass, they start learning to consolidate their sleep - putting one sleep cycle after the next, again and again and again - and they also build a circadian cycle.

By the time your kiddo has reached 3 months of age, he's neurologically capable of going a 12 hour stretch at night, and has developed his circadian cycle so he knows that night is night, and that's the time he should be sleeping.

(If your baby was born prematurely (either by scheduled cesarean before 40 weeks or by preterm labor before 37 weeks), keep in mind that he's doing some of his pre-birth neurological development after he's born, so that'll mean a little bit of a delay in when he's ready to go that uninterrupted 12 hour stretch.)

Yup. This one is a biggy.

How much does your child have to weigh, and why does it make such a difference?

Well, how much is a bit of a controversy in the sleep world, with some saying 12 pounds, and others saying closer to the 14 mark - but one thing is for sure: ask your pediatrician! If weight gain is steady, and your child is around the 13 pound mark, your pediatrician may just give a go-ahead for dropping those night feeds and sleeping a full 12 uninterrupted hours at night.

We also need to make sure that your wee one is big enough to consume the necessary calories during the 12 hour day.

But that is not all!

If your child is exclusively formula fed, then she may really be ready to drop those feeds at the 12 week/14 pound mark. Of course, you'll have to keep an eye on her formula intake during the day to ensure she's consuming a weight-appropriate amount (about 2.5 oz per lb of weight), but so long as that looks good, she may be ready to drop all nighttime feeds.

Breastfed babies, though, are a different story.

With breastfed babies, it's not a science of numbers and ounces; instead we look at number of feeds in a 24 hour period.

With my one-on-one clients, we aim for baby to have spontaneously dropped to 2 night feeds by the end of the newborn stage, and then down to 1 by 4 months. I will recommend dropping all night feeds by no earlier than 6 months of age, and no later than 9 months. (

Of course, I HAVE worked with kids who drop that night feed spontaneously between the 5 and 6 month mark. In that case, I would not have mom wake baby, but would have her express or pump milk once or twice during the night, and if she feels that baby needs it during the day, give it to baby as a top-off after one of his other feeds).

Your baby's health. Of course, if your child is not well or regressing on his curve, it would not be a good time to stop feeding him during the night. As with anything related to your child's health, it's always best to consult your pediatrician before dropping night feeds if anything concerns you.

Individual circumstances. Some formula fed babies are ready to drop all feeds at 3 months. Some need to hang on to one till 4 months or so before they're ready to drop it. Some breastfed babies will drop the night feeds on their own at the 5-6 month mark. Some mothers, though, like to keep one till closer to 8 months of age. Recognize that your family and baby may have different needs than others, and that that's okay.

If your child is over 9 months and is breastfed or is over 6 months and is formula fed, he's definitely ready to drop the nightfeed. If he hasn't done so on his own, it's likely due either to habit, or that he's developed a strong eat-sleep association.

Now might be the time to explore the best way to encourage him to drop the night feed. Stuck? Shoot me an email; let me see how I can help you.