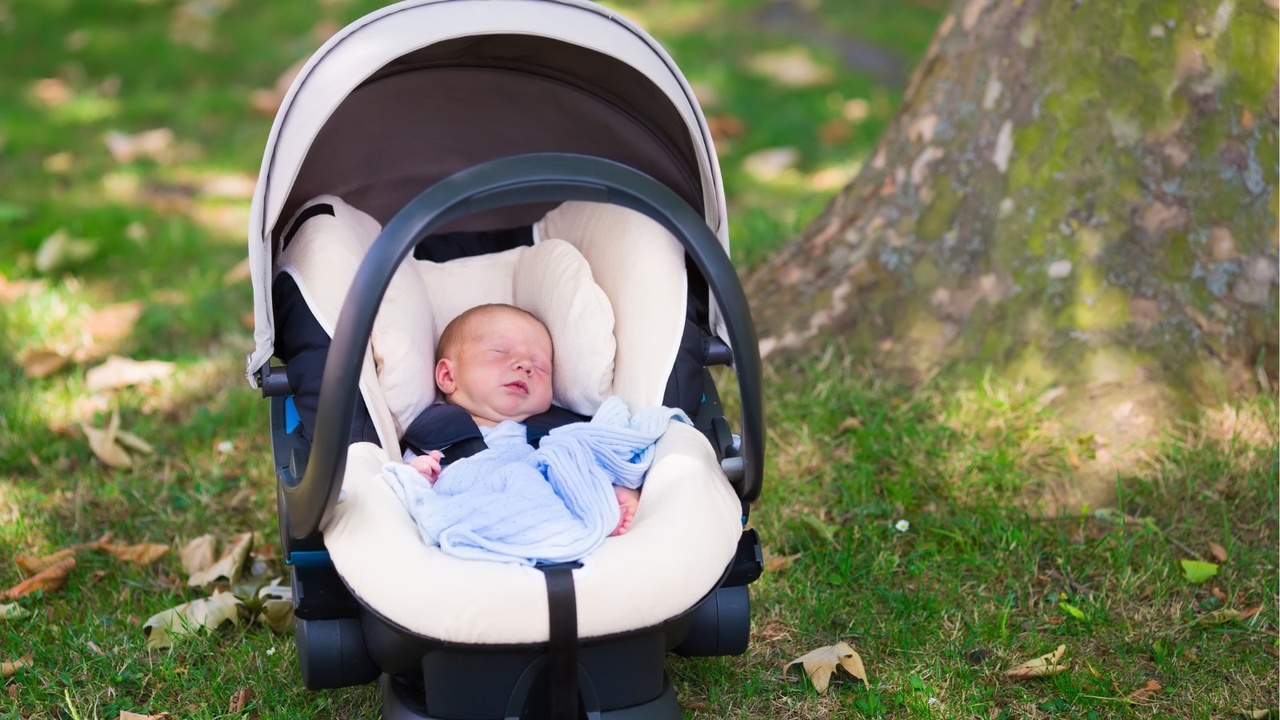 Newborns are tricky little things. It's so hard to tell what they actually can and can't do, what they need, what's wrong and why are they crying?

That's why I wish that all mothers would know what their newborns' limits are, and what their newborns are capable of. Because we're in the bad habit of mixing things up and thinking that sometimes they can do more than they're really capable of, and other times that they can't do quite so much as they can.

Take newborn shut-down mode, for example, or, to use the fancy term, habituation. Habituation has got to be the coolest thing ever, and it explains a whole lot about some of newborns' strange activities... yet most moms don't know what habituation is and none I've spoken to have even heard of it. (Not to worry! You're in good company - I'd never heard of it before going on my sleep journey either!)

But even if you've never heard of this shut-down, if you've got kids, I'm positive you've seen it once or twice (if not more!) - you just didn't know what it was. In fact, you probably thought it was sleep.

So here's the deal.

There's lots of it in our world.

That stuff you've got hanging on your wall, the smell of dinner cooking, the lights that you don't even think about, the sound of a car driving past outside - all of these are stimulation. You probably don't notice them too much; we're used to all this stuff, and are able to tune it out.

To your baby, though, all the sights, sounds, smells and tastes of the world are very overwhelming.

I think of the babies I've seen at weddings, a shalom zachar, or even just in their own homes with loads of guests and well-wishers streaming through the doors. Sometimes baby is being passed hand to hand (lots of new smells!), and sometimes mom is holding baby while others come to look, admire and exclaim.

And the common refrain: "Oh, he/she's sleeping so nicely!"

And then... when everyone leaves or when mom goes home... suddenly that baby seems to have forgotten what it means to be still and quiet.

Well, I'm sorry if you've believed in the past that "babies can sleep anywhere," because I'm about to burst your bubble. They can't. Sure, an overtired infant might fall asleep out and about on the street in a stroller... but that's because he's overtired. Not because it's easy for him to fall asleep there. In fact, your child can sleep just as well in stimulation as you can - so the same way that you sleep best when you're in a dark, quiet bedroom cozy in in your own bed, your kiddo does too.

Newborns tolerate all that stimulation a lot less than older babies can, though. So when they're faced with a stimulating environment that's too over the top, they simply shut down. They close their eyes, and keep their bodies still in an attempt to block it all out so it's not so overwhelming.

They look like they're asleep, but they're not actually asleep. They've shut down to tune it all out. Habituating.

The hardest part, though, comes when that baby is OUT of the stimulating environment. When they're back in the dark and quiet, it's safe to come out of their shells. But boy are they overtired. And boy are they overwhelmed. And they don't feel good at ALL. So, they do what any good child does when she doesn't feel good: cry.

At that point, it'll be a lot harder for your newborn to fall asleep, stay asleep and sleep well.

Newborns will habituate up until the 6-8 week mark, and until then, it's best for them to stay in calm, low-stimulus areas for most of the day, and to go into a dark, quiet place to sleep once they've reached  the end of their awake time limit.

Not sure if it'll work? Give it a try. And let me know how it goes.