Raising a Mommy: Of Chronic Headaches, Chewy Living and Eight Hours a Night 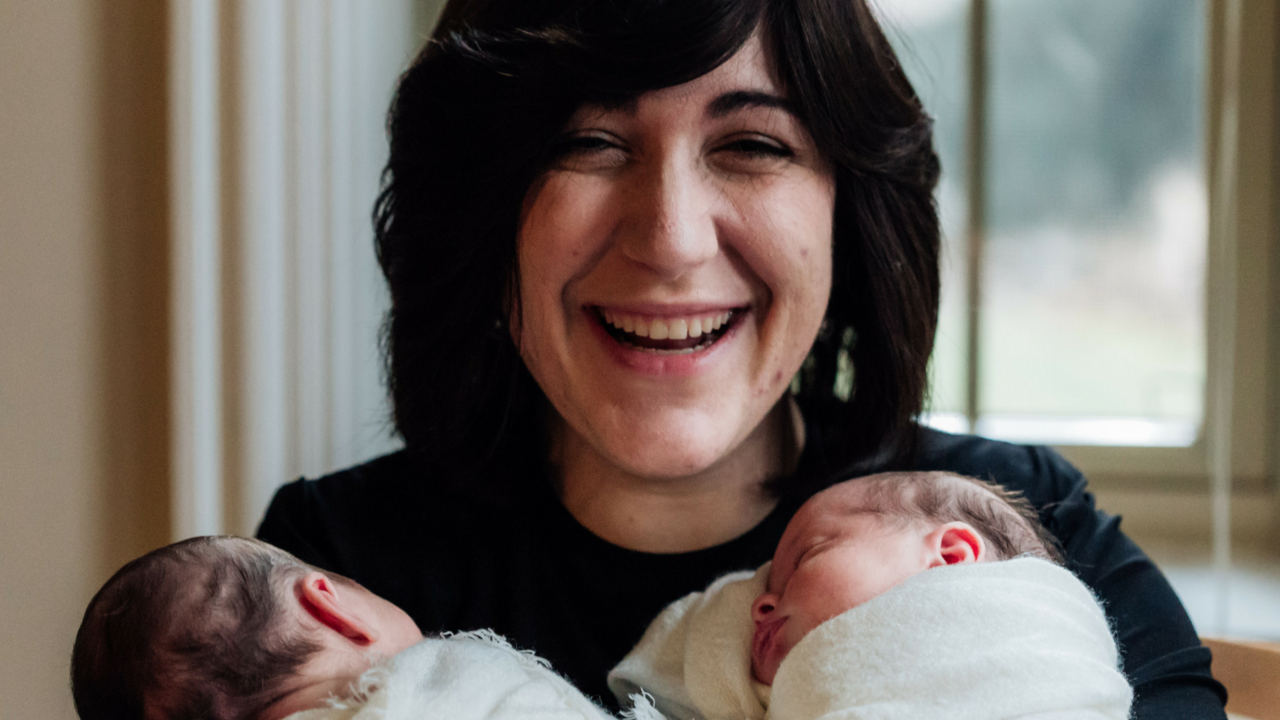 Usually, when I start my story, it starts when my babies were born.

But really it starts long before that.

Because, well, obviously, I was a person before I had kids (even though I can't imagine not having them), and, of course, I had a whole life before then. In fact, most of my life was pre-kids.

So that means that, while I’ve definitely learned a lot about myself and grown a lot since my twins were born, there’s a whole backstory that strongly defines and shapes the Chaya Shifra you know today.

And that story mostly starts back in 11th grade...

When Life Turned on Its Head(ache)

Up until the middle of 11th grade, I was a typical high school student. Sometimes studied, sometimes didn't. Loved production, was G.O., had a circle of friends and tried to stay away from drama - you know. Typical.

Until one day around Chanukah, out of the blue, I woke up with a debilitating headache.

So I stayed in bed, took some Advil (it didn't work), and went to school late.

I hoped the next morning it would disappear. But it just didn't.

The details get a little fuzzy - when did we realize that this wasn't just going away? - but in short order, I'd visited my pediatrician, who couldn't find anything wrong, and gave me a couple referrals.

And over the following 4 months, I built up the biggest array of medical professionals I ever thought I'd see in such a short time - 4 physical therapists, 3 neurologists, 2 chiropractors, an acupuncturist, ophthalmologist, cognitive therapist, biofeedback.

I got migraine medication and was told to stay away from triggers - but the meds didn't help, and there were no triggers because the headache never ended to be able to start again - had dry needling done, got massage therapy.

(I ended up in the ER once; I remember sitting at the kitchen table after dinner, spacing out and mentioning to my mother how much pain I was in. Within an hour, I was in bed, moaning and clutching at my head. My father tossed me in the car, drove me to the ER, dropped me off, and, while he found parking, I couldn't even walk over to the desk to give them my info. I just stood against the wall, moaning and rocking back and forth. That time my pain was a 10. They hooked me up to IV to pump me with fluids and drugged me up, and sent me home with a prescription for narcotics to use if my headaches ever got that bad again.)

At the end of all the testing, and after all the professionals I saw the consensus was that I had a tension headache. Well, what was that supposed to mean? And what was I supposed to do about it?

Learning What My Body Needed

Of course, as in any close-knit community, I got boatloads of advice from friends and acquaintances. Some I ignored and brushed off. But some sounded like they were something to run with.

So I did a 3 month gluten cleanse (which ended up being over Pesach. Ick. Oat matzah is NOT pleasant!).

I became more aware of what I ate, making sure to eat balanced meals and eat enough food. (Before I was pregnant and nursing, I used to have a problem that I would never feel hungry. My body would make its hunger known rather suddenly with a headache - which probably contributed to my sudden onset.)

I started going to bed early.

I started drinking 8 cups of water a day.

I started sitting and standing with better posture.

And when I was feeling up to it, I tried to get out and get some exercise in.

I also discovered that I am what I now know is called an HSP (Highly Sensitive Person). Bright lights, loud noises, strong smells and new situations overwhelm me, and I needed to create coping skills to be able to deal with them (such as during play rehearsals which were in our school gym -- everything echoed everywhere and I quit that production about 3 times and was still in it!)

Slowly, slowly (with the help of my amazing physical therapists, too!) I started feeling better, the severity of my headaches lessening, until finally, the week after Pesach I was able to stay in school for a full day again.

As time went on, my physical therapy (the only one of the medical professionals I continued seeing) dropped from twice a week to once a week to every other week.

I finished my 11th grade year, worked during the summer and was my 12th grade class's business manager, while again joining in that year's performance. I was very conscientious about drinking, eating and sleeping enough.

When seminary rolled around, I flew into Eretz Yisroel a week early to give my body time to adjust. I missed a trip that would mean that I had to be up all night, went back to the main building early when I got too hot at Masada (though I ended up in Terem that night for my headache anyway), carried my water with me everywhere and tried my best to prepare in advance and take care of myself.

Being Chewy and Sleeping Well

When I got back from sem, I ended up spending a few months working for a holistic doctor who'd just had triplets. I wasn't working in her office - I was working in her house - and her kitchen. Of course, we chatted a lot about life, hashkafa, babies and food. And, after my own journey to treating my body well, what she said spoke to me.

I did another gluten cleanse that summer, and, by the time I was married, had labeled myself as "chewy".  Chewy is my kinda made-up (I think I heard it somewhere) word for someone who's slightly health-nutty, but not all out. Like we have coconut oil/flour/sugar, almond flours, avocado oil, etc. in my pantry... but that doesn't mean that I'll exclusively use those - know what I mean?

I ate well, I slept well, I drank at least 8 cups of water a day, and kept my body moving. And my headaches were finally gone.

And then my babies were born.

Well, that isn't strictly true - it was really "goodbye old normalcy. And welcome to The New Normal."  Having two nursing babies meant that, as much as I was drinking, I had to drink even more. And sleep was a distant dream. And who had time to prepare real food? And when, pray tell, was I supposed to work out?

But I'd built up enough of a buffer over the past couple years that, by the time things finally kind of evened out, I'd avoided hitting my bottom line.

But the next time, it was different. I was running after (and, when they weren’t yet walking in the beginning of the pregnancy – running with) a couple rambunctious, mischievous toddlers. I wasn’t able to nap during the day as I did when I was expecting my twins. Everything kind of fell by the wayside.

And then, when Sir G was born, it all hit me like a ton of bricks. The sleep deprivation, not having time to eat, not remembering to drink enough, being stuck in the house the whole long freezing Chicago winter... it really took a toll.

After Sir G was born, in some ways even more than after my twins, I realized how important it is for me to just take care of myself. I’m not talking about going to a spa for a week – I mean the basics: getting my sleep, drinking my water, eating real food (despite my hunger I still manage to forget to eat), and remembering to sit well again after hunching over my baby while nursing.

Because my headaches started coming back.

No, not all day every day for months on end, but they're there.

And, as hard as it is to deal with them (since I'm working on building up my buffer again), it's a good reminder for me to start taking care of myself again.

So I'm sitting here at my computer now. My back is straight, my feet are flat. I have a mason jar filled with water at my side, and I ate a real breakfast with protein, fat and good carbs. Last night I was in bed by 10:30, and took a nap during the day.

I'm answering my body, giving it what it needs.