PURPLE and I are Not Friends 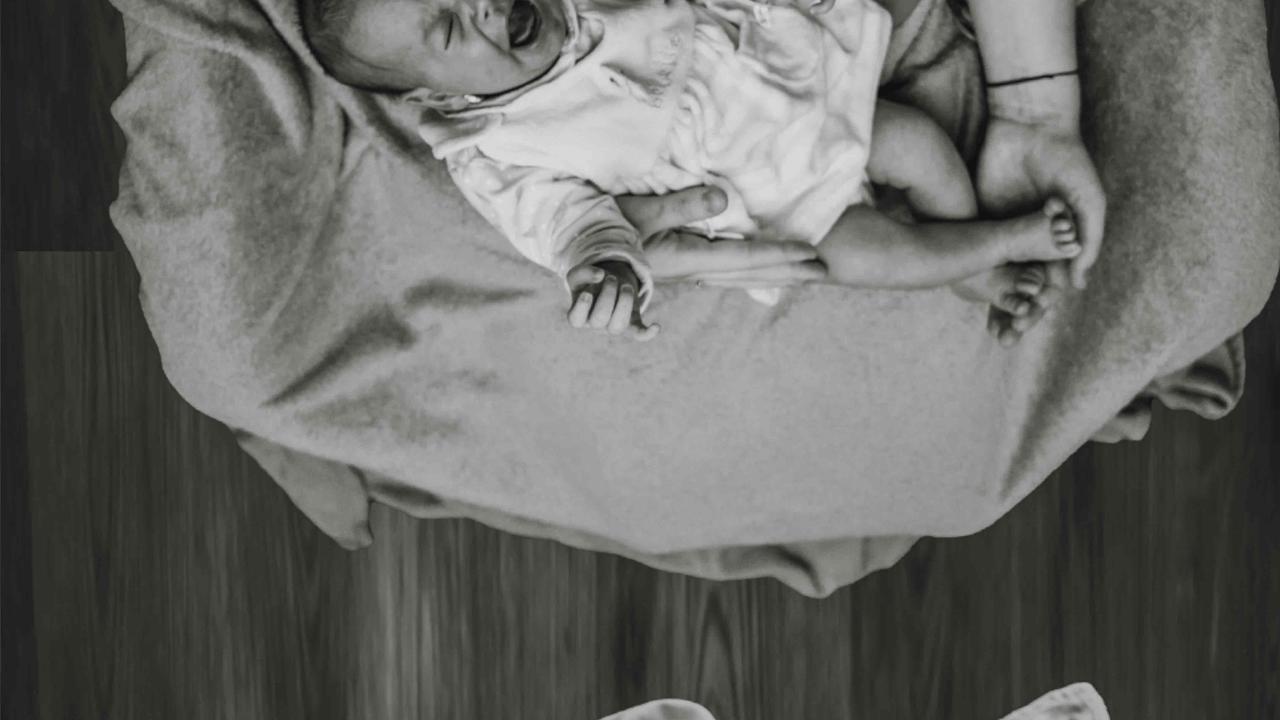 Now, if you’ll be off, please, PURPLE, we aren’t friends and I don’t really want you acquainting with my lovely blog readers.

So sorry we had to go through that unpleasantness, my dear. PURPLE has been popping his face in the most unlikely places — like my hospital care package for one — and, since I wasn’t sure if you’d met before, I thought I’d explain myself along with the pronouncement that PURPLE and I are not friends.

I can’t quite say that we’ve ever been, but we’ve definitely - definitely! - not been at least since I saw it formally in my postpartum literature.

What is PURPLE Crying?

Well, here’s the deal: babies, especially new babies, tend to cry an awful lot. And, of course, no one likes that crying, right? So, for decades, the world has been trying to figure out: why are those babies crying?!

And, oftentimes, no one could actually figure it out. So they named Colic (which, like IBS, is just like saying “There's nothing wrong as far as we can tell. Just deal with it.”)

But of course, no one likes being told, “your baby is crying and we have no idea why,” so everyone’s trying to figure out WHY.

Some latch on to the reflux bandwagon, and Zantac and Prevacid are flying off the shelves before anyone even asks if these medications have been tested to see if they’re safe for babies (they haven’t, by the way. And they may just not be safe for babies).

But others have tried to rename, reframe and repackage, and hope that by explaining what it looks like and that it’s “normal,” people will just love the idea. So they did. They came up with an acronym: PURPLE and they call it The Period of PURPLE Crying.

As I mentioned above, PURPLE stands for Peak of crying (peaks around 2 months and then less in months 3-5), Unexpected (you have no idea what causes it), Resists Soothing (all the acrobatics in the world won’t make it stop), Pain-like face (though they claim that baby is not in any discomfort), Long lasting (baby can cry for up to 5 hours a day (!!) or more (!!!!)) and Evening (baby may cry more in the late afternoon or evening).

Is this whole PURPLE thing real?

Could be. Could be not. But I’ll tell you one thing I feel pretty confident in saying: babies don’t “just cry.” And if they look like they’re in pain, they probably are.

Not for sure. But probably.

And I like to think that, most of the time, we do have what to do to help our babies. Are there situations in which all the professionals in the world will just be clueless? Of course. But they are usually few and far between -- not something that every baby on the block struggles with.

I’ve seen so so so many babies being transformed time and time again (and we’re not even just talking newborns, folks — I’m talking infants and even young toddlers, too) just by getting enough sleep.

Some background on why PURPLE and I aren’t friends

To give you some background, let me introduce you to a couple people (all names changed of course!).

First up is Chaim. He came from a grand tradition of Colicky Babies, and seemed determined to show he was just as good as the rest of them. (If you read my series in Binah Magazine, his story may seem familiar to you). He spent his days being held, rocked, pushed around in a stroller… and crying or kvetching through it all. He was up all night, and up all day, and his poor mother had a house full of children who needed her attention too.

When we talked through the plan, his mother was certain that this would. not. work.

“You just don’t know my Chaim,” she told me. “There’s no such thing as him being quiet and awake. It’s just not going to happen.”

But: happen it did - his mother religiously ensured that he went back to bed 45 minutes after he woke before we dove into night one, and within a short time that first night he was asleep.

As we moved forward we saw him become a calm, happy baby during the day and a good sleeper too, midnight crying spells all but forgotten.

Now I want you to meet Chana. She’s about 2.5 months now, and is a few weeks into my newborn program.

Her mother had tried everything - everything! - but nothing seemed to work. We talked about making sure that she goes back in for her nap after 45 minutes of being awake every single time… and suddenly all those things that “didn’t work” magically started working, and she’s so much happier when she’s awake too.

But it’s not just newborns!

The average awake time limit for a 6 month old is about 2.5-3 hours; when we started, Shimmy was so sleep deprived he could only handle about 1.5 hours of awake time.

Over about one and a half weeks, his mother and I worked together to help Shimmy start to pay back his sleep debt, helping him learn to sleep better and better.

Things were not yet “perfect” (they never really are, but you know what I mean) when Shimmy went back to the babysitter. But he was calm and happy and napped twice for 1-2 hours each time when he was there. He was, in the babysitter’s words: “A different baby.”

And then there’s 14-month-old Shira who, as her mother put it, “started crying when she was born and just hasn’t stopped” when we started working together. Now, she’s getting so much more sleep than she used to, and is finally calm and happy during the day.

I could go on and on with these stories, but I think you get the point: babies who are kvetchy and crying all the time (especially in the evening) suddenly become calm, content, happy babies when they’re awake when we make sure they get enough sleep -- and with newborns that starts with watching their awake time limit

Why PURPLE and I aren’t friends

So PURPLE and I aren’t friends. Because believing in PURPLE means that you don’t believe that something can be better, that something’s actually bothering your baby and that you can do something to help lessen that discomfort.

PURPLE tells parents, “This is normal. Nothings gonna change, so just live with it.”

And I don’t want you to have to, either.

Do you feel like your baby's just crying too much and want some hand-holding and guidance on how to make it better? That’s exactly why I do what I do: to help families like yours finally get clear on why your baby is crying and what to do about it. To find out more, click HERE.