New Things Are Hard (Or: "Why Does My Baby Cry When Something Changes?") 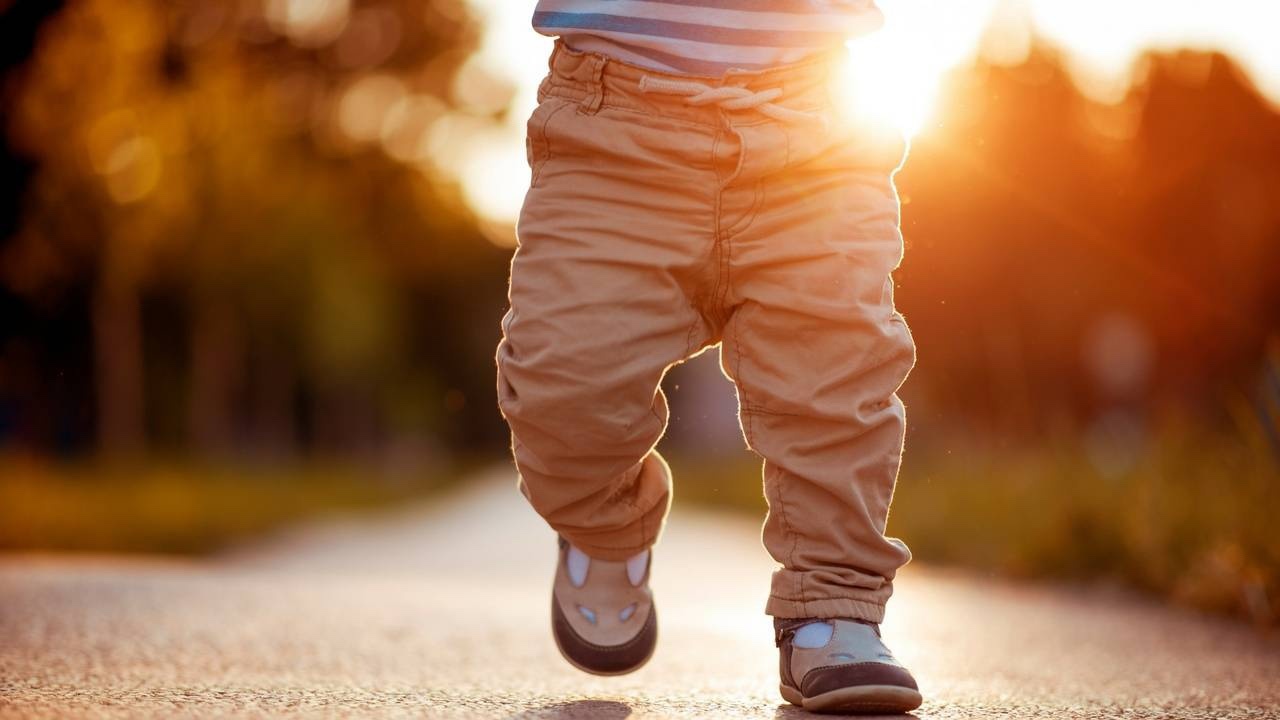 Firsts are so hard.

I remember my first day at my first job... I was clueless. Yes, I was totally qualified for the job I was doing, but somehow, I discovered, there's a whole other aspect to a new job. There was definitely a learning curve, but once I got over that hump... I could breathe easier. I knew what I was doing, and felt a whole lot more confident walking into work every day.

Sometimes I wonder how we all did it so many times as babies and toddlers, though. They learn so many new skills in such a short amount of time, it's a wonder they don't just quit one day!

When S, my older twin, was learning how to pull herself up, she was right pleased with herself. Suddenly, she had a whole new view... and could reach all sorts of things she'd never dreamed of - like the freshly washed laundry, or, worse yet, the dirty laundry sitting in the hamper.

Well, her excitement over her newfound discovery was short-lived when she realized that she was not on the floor, and it sure looked a long way down, and she had absolutely NO idea how she was going to get there.

Quick Quiz: S is standing there crying, doesn't know how to get down - what do you do?

Well, I had a couple of options. I could help her down... or let her do it herself.

But she didn't know how to, Chaya Shifra!

Yup, you're right. She didn't.

Now, I'm pretty good at getting up and down, and I'm also totally capable of getting HER up and down, but guess what? That doesn't help her. If I do it FOR her, she doesn't learn anything.

So here's what I did: I sat myself down next to her, and said "Come on, S! You can do it! Mommy's right here!" And I called her sister (who'd already mastered the skill) over, and stood her up right next to S, and had her model sitting down for S. And we sat there for a while, until S figured out that she could easily transfer her hands to my shoulder, then my lap, and then onto the floor.

After a couple times of this, I moved a little farther, so S couldn't use me as a ladder to get herself down. And did she like it? Mmmm... not so much. But as long as she was trying to get herself down, I sat right there with her and encouraged her.

And guess what? She figured it out pretty quickly.

So what does this have to do with sleep? A lot.

Whether you're trying to drop a prop, your little one is just starting to roll over, or you've just moved to a new house, your child is learning a new skill. And sometimes it's HARD.

But swooping in to rescue him isn't going to give him the ability to learn HOW to do it.

If you always turn him back to his back, he's never going to learn to position himself or fall asleep on his tummy.

And you can't be stuck in your house for every single nap and night till he grows up or moves out - he's got to learn to sleep in other environments too!

So give him some space. Let him figure it out on his own.

If he's learning a new skill, be present of course, offer comfort, and let him figure it out on his own.

While it might be a wee bit more difficult in the short run, it's infinitely more gratifying in the long run.