Napping on the Go - Why it's Not Such a Great Idea, and How to Make it Work 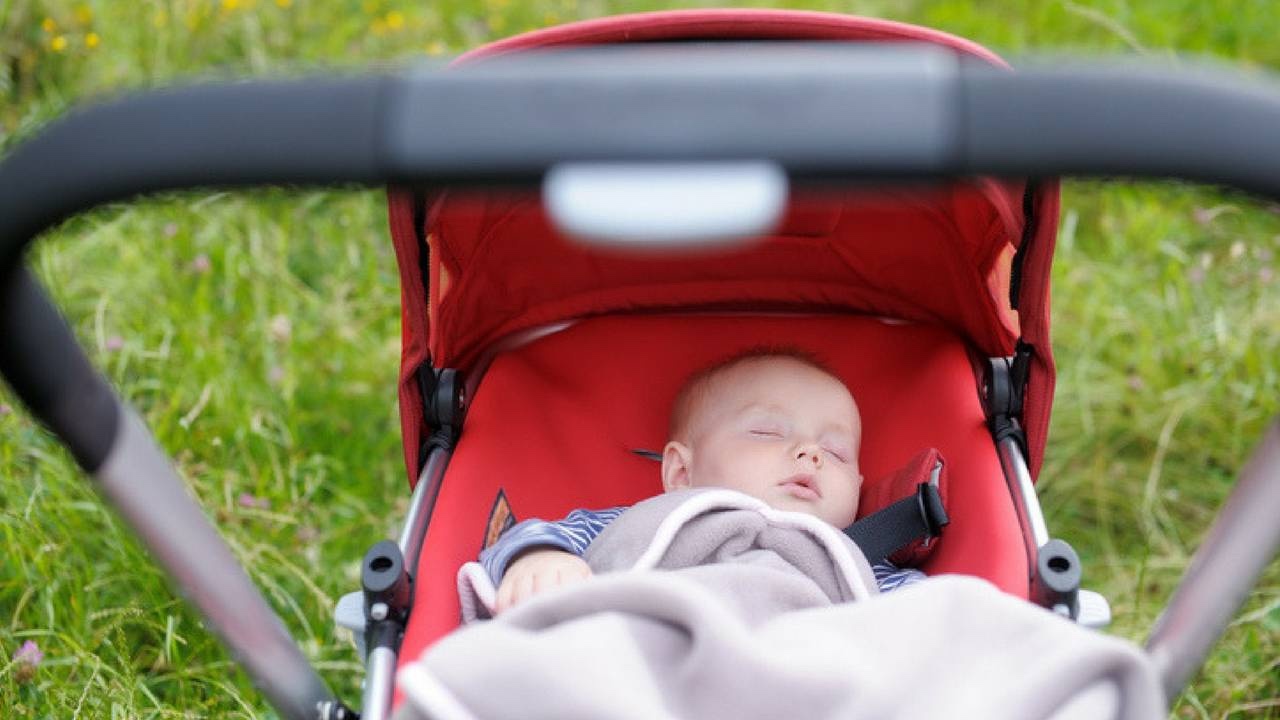 I'll never forget the time I saw an ad by a company that makes baby gear. The top read "take your little one for a midnight drive...", accompanied by a picture of a mom driving at night, with her baby in a carseat. On the bottom was this company's infant-seat-on-crib contraption, with the caption "...in the comfort of your own home."

Why? Well, because all sleep is not created equal.

We have four stages of non-REM sleep (two light stages, and two deep stages) as well as REM sleep (that stands for Rapid Eye Movement - that's when we dream), and our brains do different things in each stage.

That rich, yummy, invigorating sleep, comes in Stage 4 - you have to be sleeping for a while to get to it. The problem with motion sleep (any kind of sleep that you get while you're moving) is that your body stays in the lighter stages of sleep and doesn't move into Stage 4.

But motion sleep gets even trickier.

And that's because motion lulls.

I'm sure you've seen it (or done it!) baby's not sleeping, so you pick him up and rock him, or toss her in the stroller and go for a walk, or maybe you've got to resort to a car ride. And then *presto magic-o* she falls asleep! Yay! Mission accomplished!

How about when your baby wakes up during a partial awakening? In the middle of the night?

For some reason... I don't think you want to be driving around the block with her...

Because motion is the #2 prop that I've seen babies become dependent on -whether a swing, a carrier, a stroller, car or any other kind of motion, it's an easy trap to fall into. (I even had a client who had to physically rock her nearly-1-year-old to sleep - while she was 8 month pregnant!)

So, while motion will lull your baby to sleep, it's not the same quality sleep she would get if she was laying still in her crib - and that will be reflected in her alertness and temperament while she's awake.

Motion sleep is "junk sleep"; it may seem fine in the moment, but in the long run it won't teach your child the skills to fall asleep on her own, and won't give her the rest she needs, either. And really, the same way you wouldn't feed your kid junk food all day, it's not healthy for her to get motion sleep either.

Ok, so it's all nice and dandy that motion sleep is junk sleep and you shouldn't use it and blah blah blah, but let's talk about real life. You know, I mean like doctor appointments, grocery shopping or having more than one kid at home that you're focusing on.

How do you juggle real life AND maintain superstar sleep skills?

First, try to maintain your normal routine as much as possible.

If you can fit the doctor visit in between naps, that's ideal (for you, your baby, AND the doctor! I don't think he'll want to have to examine a kvetchy baby!).

Any errands that you can run without your baby, try to make those happen during her nap or in the evening so you can do them calmly without a kvetchy baby yelling down the store, or bring your baby with you between naps.

But, when do you do have to go out with your baby, and it will have to happen during a nap (like, for example, when you have a younger baby who doesn't have a long enough awake time to go, be there and come back), try to make it later in the day.

The earlier naps are the most important - by the time your child hits about 6 months old, his later naps will have fallen off the wagon and all you'll be left with is those first two. About 8 months later, only the first one will remain. We want to encourage those naps to be stationary, and nice and long.

So you've got at least that first nap, but preferably the first two naps at home, in the crib. For your other one or two naps of the day, independent stationary sleep is still ideal, but it's OK to have those out and about as well.

Keep in mind, though, that the great outdoors (or, really, anywhere outside of your child's sleep sanctuary) are super stimulating.

To set yourself up for success for napping on the go, grab something to cover the stroller or carseat and something to mask the noise (Marpac's Hushh sound machine is great for on the go, and is super well-priced, too!). For younger babies, babywearing and draping something over your baby's head to block out the light is a great option, if you're going to the park or somewhere that you don't have to get in a car.

So what do you think? Sound doable?

Let me know if you have any questions in the comments section below!