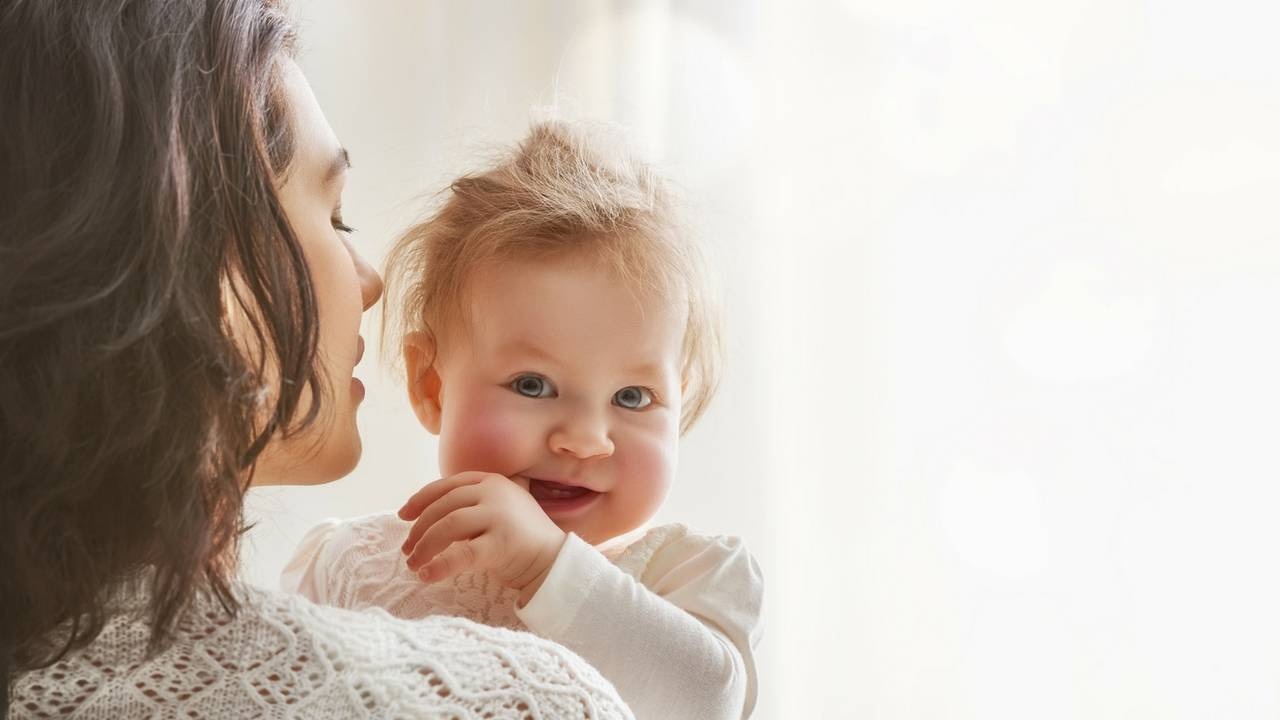 And I got to see it in action when we were travelling recently:

As most parents quickly learn, there is no such thing as a "good time" to travel with children who still need to nap - you just gotta do the best you can, kinda wing it, and then settle down once you arrive at your destination.

So there we were, sitting on a plane in the middle of nap time. I had come armed with a stash of food - fruits, veggies and cheese for attempt number one, and snacking food as backup. We had books and toys, and we had my twins' lovies.

Now, my twins might look similar (I still have strangers on the street insisting that they're identical... even though they're not), but in temperament, they're two different creations. Twin B sat happily, seeming not to care that she was overdue for a nap, and Twin A was making a ruckus. She refused all distractions, refused her lovey, refused to lay still and try to go to sleep - she just wanted to cry.

Until my husband took her. And he whispered three magic words in her ear: "It's sleepy time." Suddenly, the crying stoped, she accepted her lovey, and, within 5 minutes was able to put herself to sleep despite the unfamiliar surroundings.

Disclaimer - my kids are very well-rested in general. And that means that, no, they won't be able to simply fall asleep anywhere anyhow. Like most well-rested people, they're a bit more particular about where and how they fall asleep, and for my little toddler who was up past her awake time limit, she was overstimulated and upset, but simply being told that key phrase enabled her to settle down and put herself to sleep.

So what's the deal with the key phrase?

I know that many parents, especially those with toddlers who struggle with bedtime, avoid saying the word sleep or bed before their nightly battle. It seems that they believe that if they can "trick" their child into going to bed... then maybe it won't be so bad, right?

And, kids like to feel like they're in control - they like to have consistency so they know what to expect. While having a consistent bedtime routine and giving your child the gift of independent sleep skills are big parts of ending the bedtime struggle, simply alerting your child that bedtime or nap time is near will help them to start making that transition from being asleep to being awake.

What, when, and how?

The great thing about using a key phrase is that it's really simple, and, like a bedtime routine, it's something you can implement from when your little one is born. Choose a 2-3 word phrase, like "nighty night," "sleepy time," or some variation of your own, and start using it around every sleep situation.

Say it before your child's nap time routine, and before bedtime routine, too. Repeat it a couple times during the routine as well, and then as you're putting your child into the crib or bed.

It's not going to be the abracadabra sort of magic - nothing with kids is instantaneous. Slowly but surely, your child, like mine, will come to learn that "it's sleepy time" means it's time to go to sleep.

Repeating that key phrase around and before all sleep situations will help her segue into sleep mode, and wind down even in the least-ideal situations.

What's your favorite key phrase? Let me know in the comments!