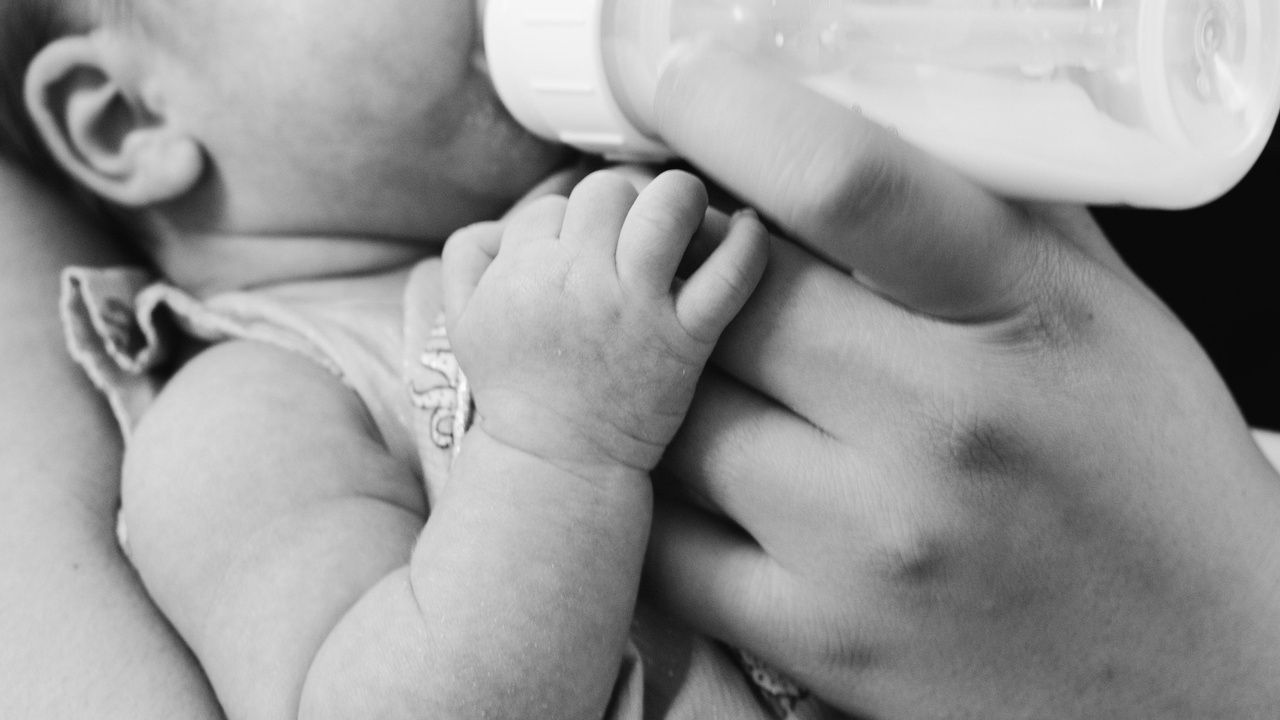 There is a long-held debate among moms out there regarding when to change a baby's diaper: before the feed or after the feed.

On one hand, baby will often dirty their diaper while feeding, so it would be best to change it after.

But on the other hand, when baby falls asleep while nursing or on the bottle, you don't want to wake her up, right? Right?

Hmm... well... What if we challenged the belief that babies should be, or always will, fall asleep when nursing?

Why is baby falling asleep?

If a baby beyond the first few weeks of life is falling asleep when on the bottle or breast, that means one (or both) of two things:

If this is an older baby that we're discussing, it may be the case of one of the options given above, or it may be that the baby has simply developed an eat-sleep association.

While there are lots of different kinds of props, from the common to the obscure, across the board, one of the most common props is suckling. Whether a baby is breast- or bottle-fed, for the first 12 months of life, the baby's main source of nutrition is going to be obtained by suckling, and it also often becomes the main prop a baby uses to fall asleep.

Before I move forward, I just want to make it very clear that I am a staunch proponent of breastfeeding. I'm a lactation counselor and a breastfeeding mother myself.

But it's not breastfeeding that's the problem.

And it's not bottle feeding that's the problem, either.

Proper nutrition is one of the cornerstones of your child's development, especially during those first months and years.

But another cornerstone of proper development is sleep. While scientists are still working to pinpoint the elusive nature of sleep, one thing is clear: the brain needs sleep to clear out toxins, establish memories, grow and develop, and prevent buildup of toxins in brain tissue. (See this study in how it relates to adult sleep.)

Part of the problem is the lack of knowledge and sleep myths that are so rampant among moms young and old. Too few know what our babies' awake time limits actually are. This results in overtiredness in young children and babies, and allows them to be soothed to sleep by things that would otherwise keep them up - such as being pushed in a stroller down a noisy boulevard.

So let's get into that eat-sleep association.

Sucking is very soothing for babies. It activates the parasympathetic system, which means that they're more relaxed, feel good and will start to feel a little sleepy.

That means that falling asleep while nursing is NORMAL.

However here's the problem: when a baby in the second half of the newborn stage and beyond falls asleep or becomes drowsy while nursing - or even nurses too close to wakeup or the beginning of sleep - they build an association between eating and sleeping.

And that association can be pretty vicious. It can cause early morning wakeups, multiple nighttime wakings, excessive crying before nap and bedtime, short naps -- pretty much ALL the woes parents have with their children's sleep.

So how do you prevent your child from building an eat-sleep association?

If you've got a newborn, his routine should follow a regular Eat, Play, Sleep routine. That means that when he wakes, you feed him. Then he has a bit of "play" time (just a wee bit of play time - your newborn can only be awake for about 45 minutes!). And then back into bed. And repeat.

But what if he wakes only 1.5 or two hours after he's last eaten? Doesn't really matter.

If he's formula fed, make sure that he's getting the appropriate ounces of formula per pound of weight in a 24 hour period. It's OK if he doesn't finish a bottle.

If your little one is out of the newborn stage, she'll have a longer wake time and fewer naps. That often results in an EPEPS routine - Eat, Play, Eat, Play, Sleep. Again, don't worry about spacing those feeds; focus more on the routine and having an appropriate number of feeds in a 24 hour period.

Separation of Eat and Sleep

You can avoid falling into a sleep and snooze pattern by keeping nursing and/or bottle feeding sessions outside of sleep times and sleep places.

Sleep times: keep all feeds out of the times immediately before and after sleep - whether naps or nighttime sleep.

When your baby wakes up, have a 5-10 minute break before feeding him, and be sure to feed him in a bright daytime environment for daytime feeds.

When your child is on an EPEPS routine, keep the last 20-30 minutes before the nap feed-free.

And then sleep places: with the exception of nighttime feeds, bring all feeds into a brightly lit daytime room - a place he usually plays, rather than sleeps.

Nighttime feeds will still be in the bedroom, but aim for those to be wide-eyed, so that your baby isn’t falling asleep.

Did you learn something new here? Let me know in the comments below!