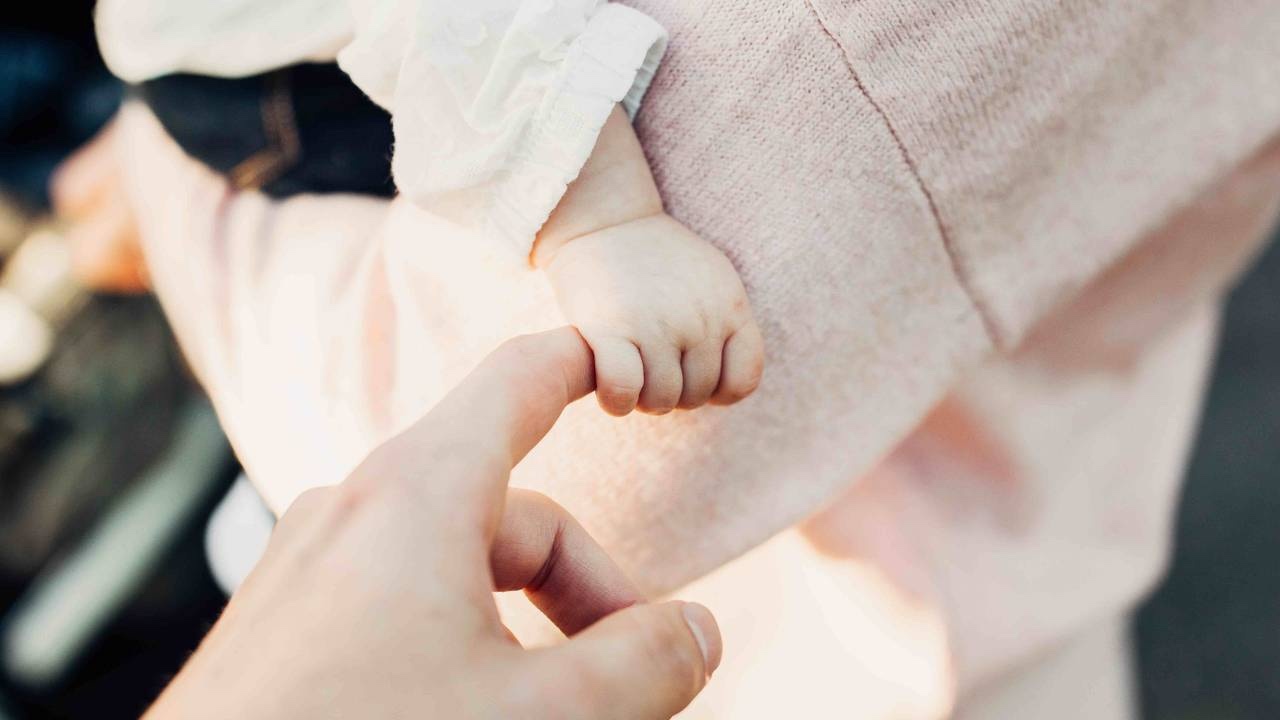 Your wee one has just started to learn to turn himself over, and you're just pleased as a pumpkin pie.

He must be the most brilliant little kid that has ever graced the face of earth, and now he's just proven it to all and sundry by turning himself over all by himself! You put him on his back, and within seconds he's on his tummy. Back to the back a bit later, and, sure enough, he rolls himself to his tummy.

Well, aren't you a proud momma! You call your mother, your mother-in-law, your sister, your cousin, neighbor and best friend from high school that you haven't spoken to in decades.

And all seems fine and dandy until... night comes. Your super-star sleeper falls asleep just fine, just like he always does... except he wakes a couple hours later. And he's on his tummy. And he doesn't know how to get back.

Welcome to the wonderful world of Development. It's a wonder to watch our helpless little newborns, who can't even BURP on their own, waltz through the first 3 years of life, and come out talking, walking, eating independently, dressing on their own, and looking like little versions of Mommy and Tatty. (Sure, they still have the occasional meltdown or two, but hey - who says meltdowns aren't part of the developmental process?)

The thing about these developmental milestones, though, is that the brain kind of goes into superdrive whenever your little one is learning a new skill.

Whether rolling over, moving from sitting to hands and feet and back again, crawling, pulling up, cruising or walking, our little ones' brains develop a sort of obsession with getting that skill down pat.

And that's going to mean lots and lots of (involuntary) practice.

So your little amazing sleeper who just learned to roll over is going to have a couple rough nights as he wakes and learns to get that skill down pat.

Sometimes, especially with older children, they won't actually practice the new skill when they wake, but the wakings may still happen. So if your kiddo is learning to crawl, stand or walk, a couple nights of waking is perfectly normal and even to be expected.

How to weather the storm? Consistency. Hold him to his best, and follow whatever guidelines you have in place, and it'll pass in a few days with no one the worse for wear - and your little one will be rolling over AND sleeping just beautifully.