Your Baby's Bris and Sleep 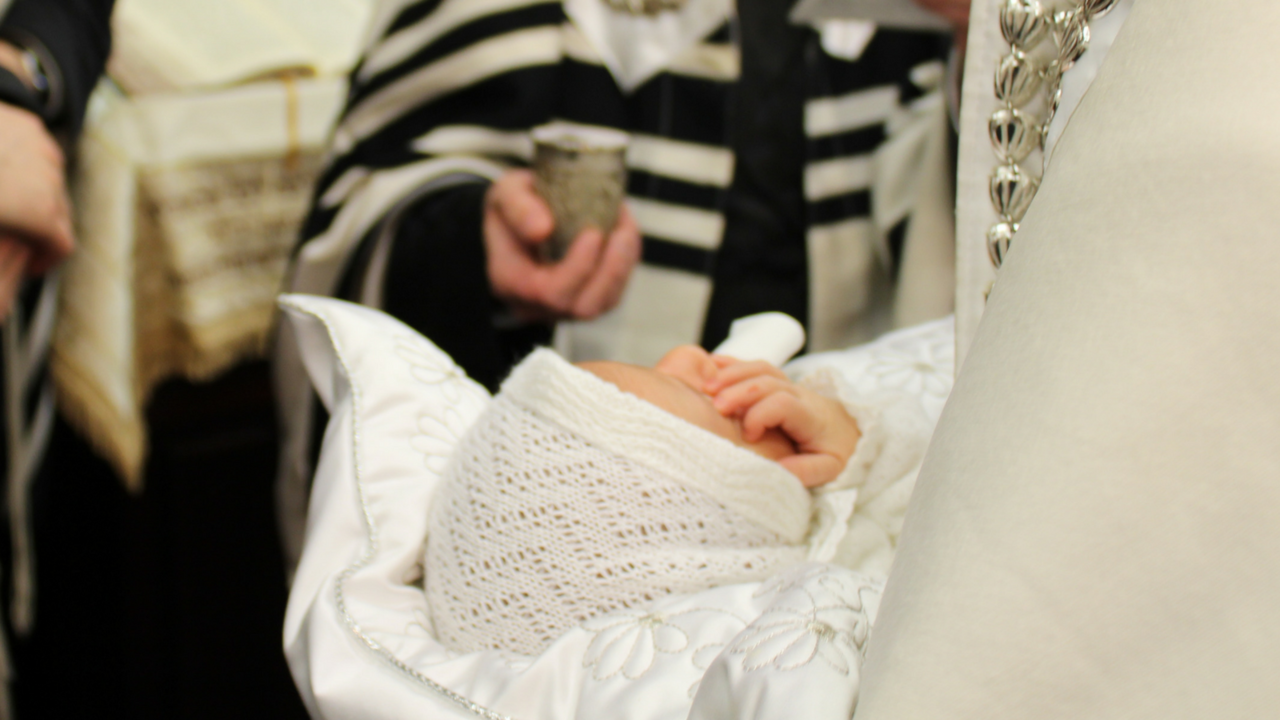 As teenagers, we girls always made fun of the boys when we reached "ואת עמלינו - אלו הבנים" at the Pesach Seder.

"Because boys are REALLY HARD and daughters are just EASY!" we'd tease them.

I was blessed to have my first boy in 21st century America - not in the bowels of slave Egypt, so B"H the post-birth difficulty was of a joyous nature for me.

Compared to my girls, who just had a kiddush while I was still in the hospital with them, it was quite a bit of work!

What I didn't realize, though, was how it was going to affect his sleep.

**NOTE: if you have a new baby girl, read on! There are nuggets of gold for you in here too!**

If they don't get that sleep... well then they quickly move from "tired" into "overtired".

Don't let it seem so innocent, though - overtired is a nasty beast that will shred any semblance of normalcy from your day.

When your teeny tiny newborn gets too much stimulation, he'll do one of two things: shut down or go into overdrive.

Either of those will involve releasing a boatload of "revving up hormones" (they're also known as stress hormones - like cortisol) into his blood stream to keep his body functioning with the onslaught of stimulation.

Which is great - it's a natural response for an emergency situation, right?

Except when it's not an emergency.

And then it's not so great, because all it does is make it harder for that little guy to fall asleep when he needs to.

Something your newborn hasn't learned yet

Another thing to keep in mind about itty bitty newborns is that they have no concept of night and day.

They got mommy's night/day hormones through the placenta when they were in utero, and they'll get some sleepy hormones from mommy if they're nursing, but, for the most part, babies under 6 weeks old are clueless and on their own.

Over the first six weeks, they work on building their concept of night and day, and, by about 6 weeks, that circadian cycle starts functioning.

But that means that your new little 8 day old bris baby has no idea that night is night or that he should be sleeping then.

So let's dive in.

In the days leading up to the bris (i.e. from when your baby is born), stick to your 45 minute limit on awake time, and try to keep those awake times in a low-stimulus place (dim, not too many people, close to you as often as possible - remember that being with you is the only "normal" for him).

Give him skin-to-skin time as much as you can (laying undressed down to his diaper against your chest).

Another thing to do to prepare is decide what you'll be doing during your baby's bris.

I know in most non-chassidish communities it's the norm for mothers to attend their own babies' brissim... but I encourage you to explore if this is something you really want to do.

Remember that your body is healing, too, and there is absolutely NO chiyuv for you to be there. (And you might actually enjoy a quiet hour or two while your whole family is out at the bris. Take a nap, read a book, just close your eyes and relax - when are you going to get that opportunity again in the upcoming hectic weeks?)

Talk it over with your husband and see what will work best for you and your family.

If you are at the bris with your baby, remember that he's just had an extremely stimulating life event - lots of noise and people and pain -- it's over and above what his senses can handle.

Whether he's nursing or bottle feeding, it's best if you are the one to feed him after the bris. Again, you and your smells are the thing most familiar to him (he did, after all, spend 9 months inside of you!), so it'll help him get back into "norm".

I encourage you to explore the option of NOT taking him into the hall where everyone is eating once he's done eating. Yes, all your aunts/cousins/sisters/friends etc. are going to want to see him, but in truth, that'll only make it even more difficult for him.

If you are waiting at home for him (or once you do get home if you were at the bris with him), remember that all he's going to want to do is sleep. He might need a little bit more help than usual to fall asleep or to just be calm, so don't shy away from rocking him or nursing him to sleep.

Be sure not to let him sleep too long during the day. I'd wake him after 2-3 hours if he is taking long naps so that he's (hopefully) able to sleep well at night.

That first night may be hard (especially if he was sleeping a lot during the day), but resist the temptation to just call it day. Keeping consistent in teaching him that it's night will pay off down the line.

That it's normal to have a rough night or two afterwards. Make sure that you'll have help so that you can get naps in during the day to compensate for loss of nighttime sleep.

And that, hard as it is, it IS a bracha.

How did your pre/post-bris experience go? Would you do it differently in the future? Let me know in the comments below.