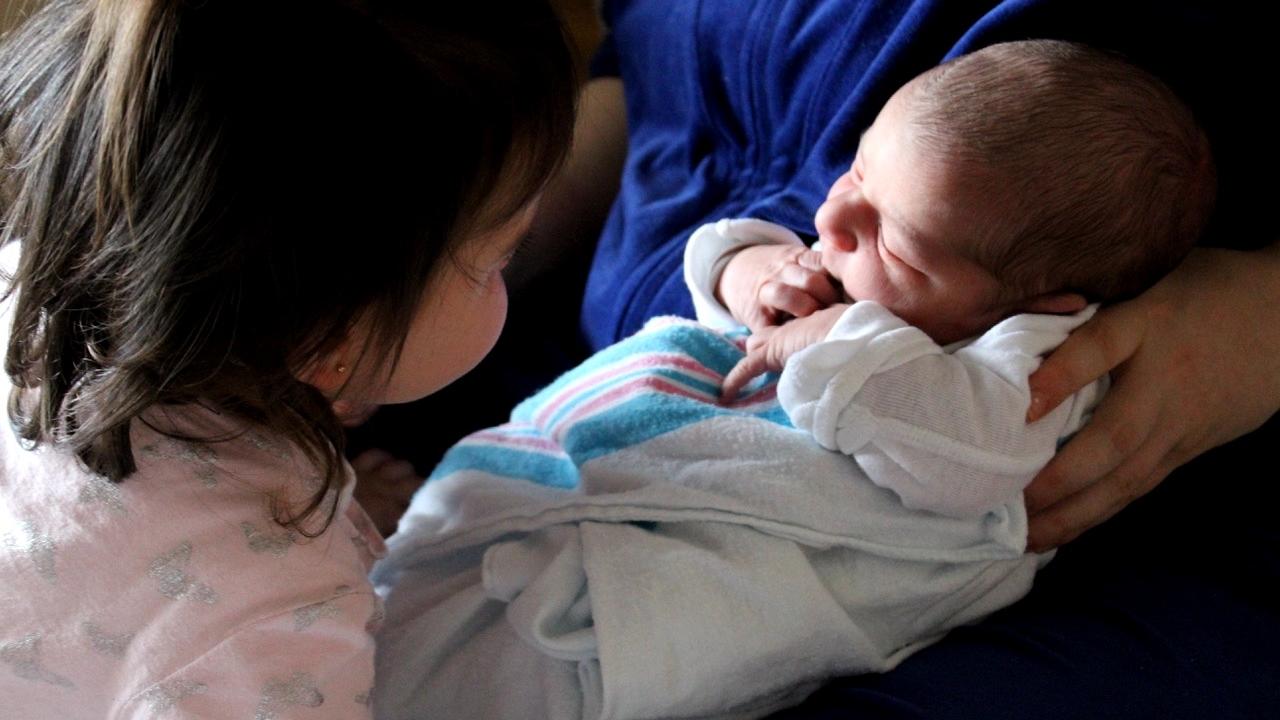 My oldest is a classic oldest. I have no idea how she knows that she’s just two minutes older than her twin, but know it she must.

She’s a passionate, loving, caring, tantruming whirlwind of a little girl (I can’t wait to see what she’ll be like when she grows up!), and she dotes on her younger siblings. When Sir G was born, she loved him right away. We have the cutest picture of her putting her nose up to his at the hospital - it was love at first sight.

But it was also jealousy at first sight.

Who was this little person who sat on Mommy’s lap?  What happened to the way things used to be? And… is everything going to change now?

It was a classic case of the Big Sibling Regression, and I pulled out all the stops to help my girls through it.

And we did. For the most part. Within a couple months, their sleep and behavior was pretty much back on track.

Sir G celebrated his first birthday two days before Sukkos. It was, of course, a huge milestone for ALL of us. Having 3 under 2 and then 3 under 3 hasn’t been easy, and as he’s become more and more independent, things have definitely gotten easier.

But I realized, as we were in the midst of our mid-Yom Tov travel and then post-Yom Tov recovery, that really, Miss S, my oldest, hasn’t quite recovered from his birth. She was still having meltdowns from everything, still so prickly sensitive, still seemed to love and hate him all at once.

“What gives?” I wondered. “The kid is a YEAR old. If she hasn’t recovered yet, then will she EVER recover?

I’m glad Hashem sent me to the wonderful Jenny Serle with this question - because the advice she gave me has changed my life — and it might just change your’s, too.

The first step was something I’ve known, though it was hard to put into practice in real life: don’t punish her because of him. I’ll admit — in the beginning I broke this rule a LOT!

No going in the carseat

No going in the bouncy seat

No laying on top of Sir G (because she just loved him SO much — and when he was laying down, it was the easiest way to give him a hug, right?)

And look - he’s crying? Can’t you see he doesn’t like that?!

No no no no no. Don’t do this or that or the other thing.

Thankfully, at the time, my husband didn’t have the placenta brain that I did, and after not too long, he gently pointed out that all of my rules were likely making things worse. Oops.

So I backed off, and did my best to stay cognizant of it in the months that followed. Rather than rebuking or “Uh-oh!”-ing for stealing food off Sir G’s tray, for grabbing a book or toy from him, etc., I’d just redirect them or tell them what they should be doing (positive rather than negative reminders).

So this first step? Check. I was doing that. But the next thing…

The thing was that, as much as she loved him, at some level she still viewed him as an interloper. So that meant that she didn’t really like having him around all the time. Which was kinda a problem because… you know… we were planning on keeping him.

So we tricked her: he wasn’t just “a baby” or “the baby” anymore; he became “Miss S’s baby brother.” (And Miss C’s, too, of course. No need to make her more jealous!)

“You make him smile!”

“Look how happy he is sitting next to you!”

Over the top and effusive was the name of the game.

We would dote on the smallest thing that she did for him. If she gave him a hug when he was crying, and it didn’t help, we’d say, “Oh, I know he’s still crying, but I can see that he’s not as sad because he loves you so much! You’re such a good older sister!”

Give her the credit

On top of that, any time Sir G accomplished something, we’d give the girls all the credit.

“Oh, look! You did such a good job teaching him to crawl up the stairs!”

“Wow! You showed Sir G how to put away his toys - thank you! He’s doing such a good job, and he learned it from you!”

If I needed help teaching him something, I’d have them come over and show him how. If he wanted help eating, I’d ask them to help him. Needed a diaper? Ask them to bring it.

And, of course, then I’d thank and praise them profusely.

Within a week (A WEEK! Do you have any idea how short that is?!) she was a different girl. While I won’t claim she never kevtches or whines (if anyone can find me a cure for that, I’ll gladly take it!), she’s a lot calmer overall.

And - even better: she just loves him. That conflicting jealousy is gone. Poof.

A week after this began, she asked that I put Sir G in her crib beside her during the bedtime routine and then leaned over and gave him the gentlest, sweetest kiss on his head and said, “My baby.”

So next time, I'm planning to start this right from the get-go -- but I do know that it works even if you start a bit too late. So what do you think? Gonna try?