My Take on Attachment Parenting 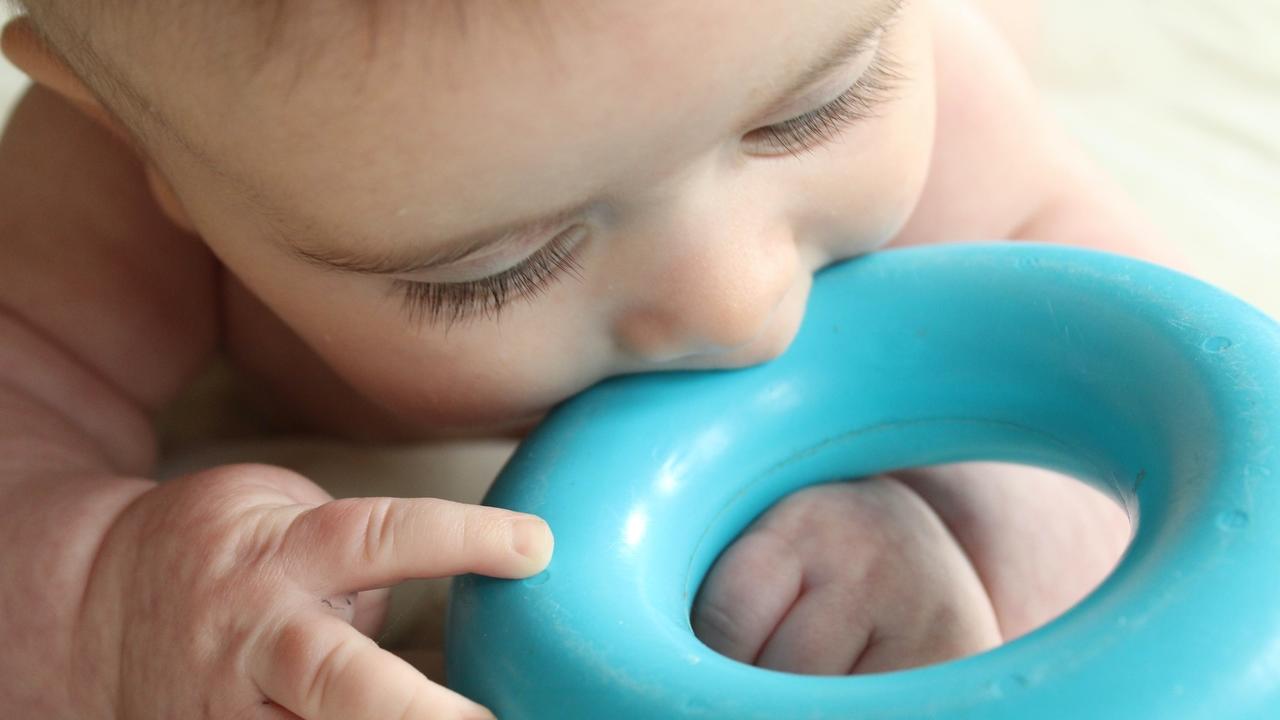 I was at the park the other day, chatting with a random mom there. Don't know her; never met her - probably never will again. But the conversation spiraled into nursing; she was impressed that I'm still nursing my 8 month old, and proudly told me that she was still nursing her 14 month old.

"Yep," she told me with a hint of pride, "I'm an Attachment Parent."

She then went on to tell me (brag?) that her baby doesn't know any comfort aside for nursing, and that she'd nurse him till he's 4.

I nodded politely (I'm loath to say anything about my professional life to people who clearly have different views - arguments with strangers in the park are not my idea of fun!), and we continued the conversation.

But that comment stuck in my mind for a while - as well as her pride in calling herself an Attachment Parent (AP). Many of my parenting techniques come from Love and Logic, and, in some regards, I might even label myself a "Love and Logic Parent" if it came up in conversation like that - but I feel like it would be more matter-of-fact than something to be proud of.

But somehow, being an AP parent, as opposed to any other "kind" of parent (well, parenting methodology, that is), is something that people are proud of.

And, being the analytical person that I am, as I talked it over with my friend that night, I wondered - why?

Despite the fact that I'm not an AP, I do understand where the pride is coming from. You see, since shortly after my twins were born, I've had a love-hate relationship with Attachment Parenting.

Love because I want to love it.

And hate because... it's horrible really.

But - before you come at me with your flaming torches - let me take a step back.

You know how we're all way better mothers before we actually become mothers? We've got all these great ideas and fancy techniques and perfect little houses we build in our minds... and then *poof* it all disappears the second our crying babies emerge - or sometimes even sooner.

I was no different.

Before I was even married, I'd had an idyllic image of motherhood painted in my head - replete with daisy crowns and kitchen dances. It was going to be perfect.

Of course, being the "chewy" person I am (as any of my clients can tell you when we discuss solids), that included a natural birth, EBFing, co-sleeping -- the works.

Clearly, though Hashem had other plans.

With two (slightly preemie) twins, one of whom had stopped growing in utero, my fledgling milk supply couldn't keep up with their needs. So, not long after my C-section (strike 1 - they were both breech), I found myself giving my newborns formula (strike 2).

Cosleeping wasn't an option with two little ones - and I couldn't even keep them in my room with me if I wanted to get any sleep at night.

As I found my dreams being dashed each time they wailed, I wondered - is this really the "right" way?

Who came up with Attachment Parenting, anyway? And does it have any real validity?

It appears that Attachment Parenting was adopted as a pendulum swing from the extreme scheduling that had been prevalent in the beginning and middle of the last century. But, as with any pendulum, when it swung away from extreme scheduling, the kickback was no less extreme.

Rather than expecting your baby to eat and sleep on the clock, mothers were encouraged to constantly feed, cuddle and hold their babies. Formula was the conception of the devil, strollers, carseats and other baby-holding apparatuses were foreign designs and ought not be used. Sleep training, they said, was harmful for a baby's development -- and they had studies to prove it.

Well, as it turned out the studies that "proved" that AP was the way to go weren't really scientifically sound.

And, even more shocking, recent studies done on attachment (the all-important closeness that a baby and feels to his parents) showed that while healthy attachment crucial for a child's future success in all areas of life, healthy attachment was not dependent at all on a child being constantly nursed or held by a parent.

In fact - being allowed to develop independent skills at the right time, being left in a tough situation while a parent supported them, or other natural growth opportunities where a parent parented rather than helicoptering, actually improved the child's attachment.

Though I'm naturally a very opinionated and, at times, slightly extreme person (don't worry - I've evened out a lot since 8th grade!) I realized that in this case, extreme wasn't really the way to go.

As I and my view of parenting matured, I came to realize that the "right" way for me was to shun both extremes and move to something more middle of the road.

Breastfeeding is best - but it's okay to use formula. Start solids at around 6 months - but there's nothing magical that happens at midnight 6 months after birth. You can't expect your baby to follow a strict "schedule"  from birth, but building routines and slowly teaching them independent sleep is totally doable.

So then - why the drive to be an AP? Why the pride?

Reactive Parenting and The Martyr Mother

Babies are tough little creatures. They can be hard to figure out and they don't come with user manuals. And, especially in the newborn stage, when their needs aren't met, they tend to cry. A lot.

And, of course, the only thing that'll soothe them then is a parent's presence - particularly a mother's presence. Particularly by being nursed.

The best thing for baby? Well... wouldn't it be better if we actually made sure to MEET baby's needs, rather than simply putting on a "bandaid" when baby is upset (whether that's because he's overtired, or has a severe medical problem)?

But, all too often, we don't know WHAT's bothering our baby, and, since most of us weren't given the tools to figure it out (why, oh why don't they have a class on mothering in sem/12th grade??), we do the only thing it feels like we can do, the only thing we know to do, the only advice our mothers, sisters, cousins and kallah teachers can offer us: just nurse the baby all night; hold her all day.

On top of that, in our family-centered culture (which is a good thing!), there is somehow this undercurrent of belief that the "best" mother will sacrifice anything for her children - even if that means time with her husband, sleep, sanity, healthy eating habits and basic self-care, etc.

No one's competing at the park over who got more sleep last night - the competition is around how hard their babies and little kids are and who got less sleep.

But, ladies - that's not healthy. Our kids are not here for us to feel good. Will they need us? Sure they'll need us. But that's not why they're here.

Our kids need to learn how to figure things out for themselves from time to time. Not all the time -- we are supposed to be taking care of them, and kissing their boo-boos -- but definitely sometimes.

And I wonder what this mother was planning - that she'd wait till her baby is in school at 4 years old and someone hits him the playground? Is that when he's going to learn to self-regulate? Why wait till then?

Wouldn't it be best if he can learn the foundational skill when he's still little and she can "coach" him through it?

The Blame Game (or, the "hate" part of my love-hate relationship)

And the worst part is that, even though I know it's nothing to be ashamed of, I'm embarrassed to tell you that I gave my twins formula when they were babies.

Saying that I'm embarrassed feels dumb, but it's hard for me to write it on this page, to say it for the world to hear.

People look at me askance when I say that my baby slept in his own crib since shortly after birth (because co-sleeping does not work for me, much as I still sometimes wish it would), and that he's been in his own room since the end of the newborn stage.

And that's even before talking about the comments I get about him sleeping through the night at 4.5 months.

I suspect it's because the martyrdom feels so good - you feel like you're doing something - that mothers are proud of it. And oftentimes they feel that it's the only way - the only right way.

(Now, of course, I don't think that all AP mothers feel this way, but I definitely have gotten that sentiment from many - if not all - of the AP mothers that I've personally spoken with.)

But here's the thing, folks: there is no one right way to parent.

Can I say that one more time?

There is no one "right way" to parent.

Because every baby is different.

And every mother is different.

So you need to find what's working for you, and what'll be the best for your baby.

But please, spare us the superlatives - the "only"s and "best"s, the "always"es and the "never"s.

Let's drop the blame game - internal and external, of ourselves and of others.

So I'm going to stand up and say: I formula fed my twins. I "sleep trained" them. And I EBF my next baby for about 7 months and never formally sleep trained him.

Because that's working for me.

What's working for you?