The Difference Between WWIII And a Good Joke 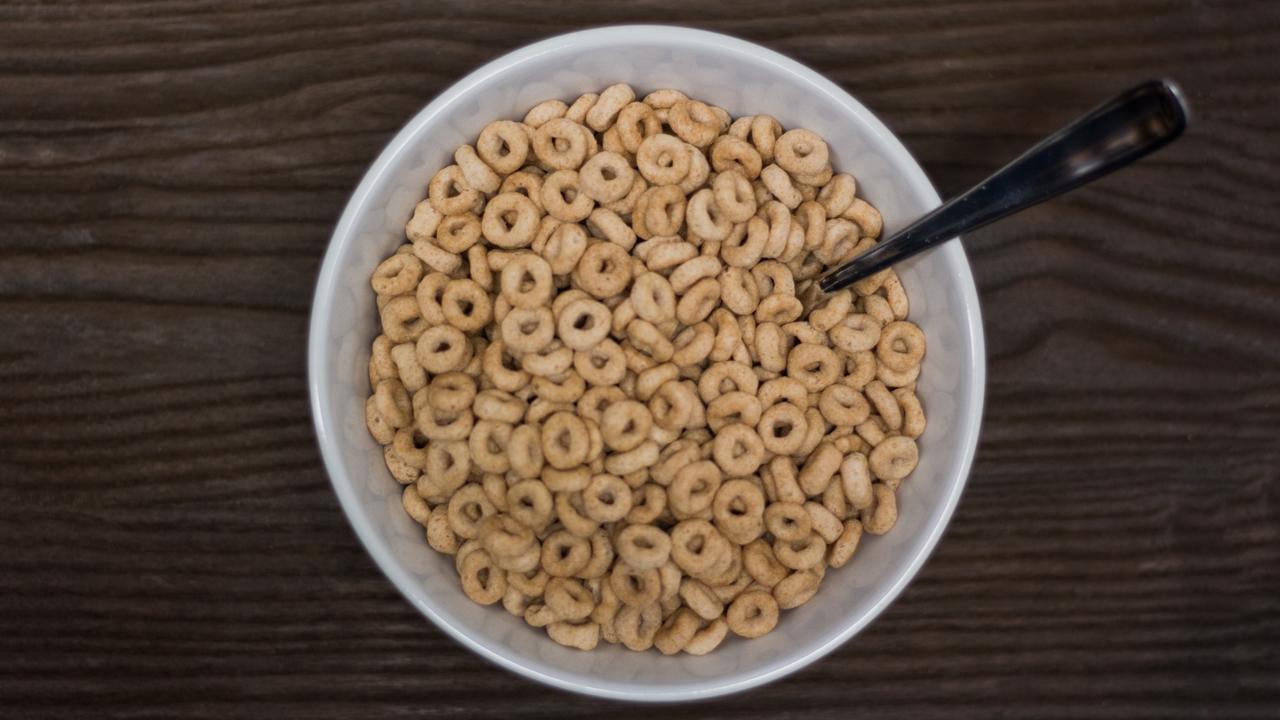 Have you ever walked into a room in your house and found that an entire box of cheerios was spilled on the floor?

Ever turned around to find a whole load of freshly washed and folded laundry was dumped on the floor?

Ever discovered that a new item of clothing was ruined when your child snuck a staining fruit or veggie… that you didn’t give them?

If you haven’t ever had any of those - or a similar situation happen to you, I hereby award you the Unicorn Mother award.

Because when you’ve got kids, these things happen.

And let me ask you: when something like that happens, is it WWIII or a good joke?

What is the difference?

OK, sounds like a funny question, but really, when we’re not actually talking about a world war, what is the difference between WWIII and a good joke?

Mull that one over for a minute.

What that means is that any of the above scenarios can be either WWIII or a good joke -- based on how you are viewing it.

No, that doesn’t mean it’s “just in your head”, but that does mean that we experience reality through the lens of our perception.

Let me give an extreme example to explain:

Team A is playing a sports game against Team B, and, in the stands, are fans of both teams. As the game progresses, and Team A keeps a steady lead against Team B, Fan A will become more and more excited, and Fan B more and more despondent. As they walk out of the stadium, if you poll both of them and ask them, “How was the game?” you’ll get two diametrically different answers.

Fan B will say: “It was horrible.”

But this is true even when the differences are not that strong:

Reva is very good at machanayim; she has a strong arm throwing the ball and is good at catching and dodging. Chaya isn’t so great at throwing or catching balls, but she can run faster than anyone else in their grade. The two get together a group of girls to play a game during recess, and everyone votes to play machanayim.

In most situations, Reva would say that recess was “so much fun!” and Chaya wouldn’t be as enthusiastic.

If Chaya’s self-talk was: uch, so annoying. I hate playing machanayim and I’m not even good at it, then she’d come back in a bad mood.

BUT if Chaya was able to recognize that her perception of the situation was simply a perception, then when the uch, so annoying thought came into her head, she would be able to choose whether or not she wanted to believe that thought, or if she wanted to think something else - for example, It was fun to spend time chilling with my friends.

But this isn’t just true for games. This is true for real life, too.

Your thoughts in real life

The way we experience our children during the day and night - their funny lines and cuteness, their mischief, their difficulties, their antics and the things that they do that we don’t want them to do - is all going to be filtered through our perception of reality.

So, to take the examples I shared at the beginning of this post, any of those examples could be WWIII, or they could be a good joke.

Based on how you perceive them.

One of my clients, Chany, was getting stressed out about her baby’s sleep. He was seven weeks old, and, after we’d worked together for about 2 weeks, was falling asleep independently much of the time (which was mind-boggling for her), but she wasn’t even able to appreciate it because he was taking a full 10 minutes to fall asleep every single time. No, he didn’t always need help during those 10 minutes, but still -- 10 minutes!

When she expressed her concern on our call, and I told her that we actually want it to take about 10-15 minutes for him to fall asleep -- because if it takes shorter that will likely mean he’s overtired! -- then she was suddenly able to not only be okay with those 10 minutes, but even be happy about them.

But… what affects our perception?

What makes the difference?

There are many things that affect our perception of any situation (thought work, managing your mindset, being aware of this principle, etc.), but the foundation is with our tolerance threshold: our ability to bear discomfort.

And the BIGGEST thing that affects our discomfort tolerance threshold is whether or not our needs have been met.

When Shiffy and I started working together, she felt like everything was hard for her. Her kids were pushing every boundary and every button, and her cute little, Ahuva, was… well, she was cute, but her not-ever-sleeping situation was not. Ahuva was not anywhere near a newborn anymore, and was still just not sleeping.

She felt like she lost her cool from every little thing, and was barely able to hold herself together -- and felt so guilty, on top of everything else, because that was not how she usually parented.

She knew she was really back to herself when, one day, she walked into the den/guest room and found… yep: an entire box of cheerios - just opened and used only once - spilled on the floor with her two youngest happily eating them up. And Shiffy opened her mouth and LAUGHED.

Being able to find something HYSTERICALLY funny - that only a few short weeks earlier would have totally made her blow her fuse just felt  so good.

Being sleep deprived makes everyone more likely to turn molehills into mountains, and react to an overturned box of cheerios as though it was WWIII. (Which, no, actually, it’s not.)

On the other hand, when we are well rested, our decision-making center is operating and functioning properly because our brains are not focused on JUST SLEEP!, then we’re able to react to an extreme and difficult situation with calm, rational thinking, and, yes, even by being able to see it as a good joke.

It’s transformations like Shiffy’s that mothers experience once their babies are sleeping better from the KinderWink Academy VIP Group -- and you can experience that, too. The wait list is open -- and you can sign up to be the first to know when the doors open. Click HERE to get on the wait list!