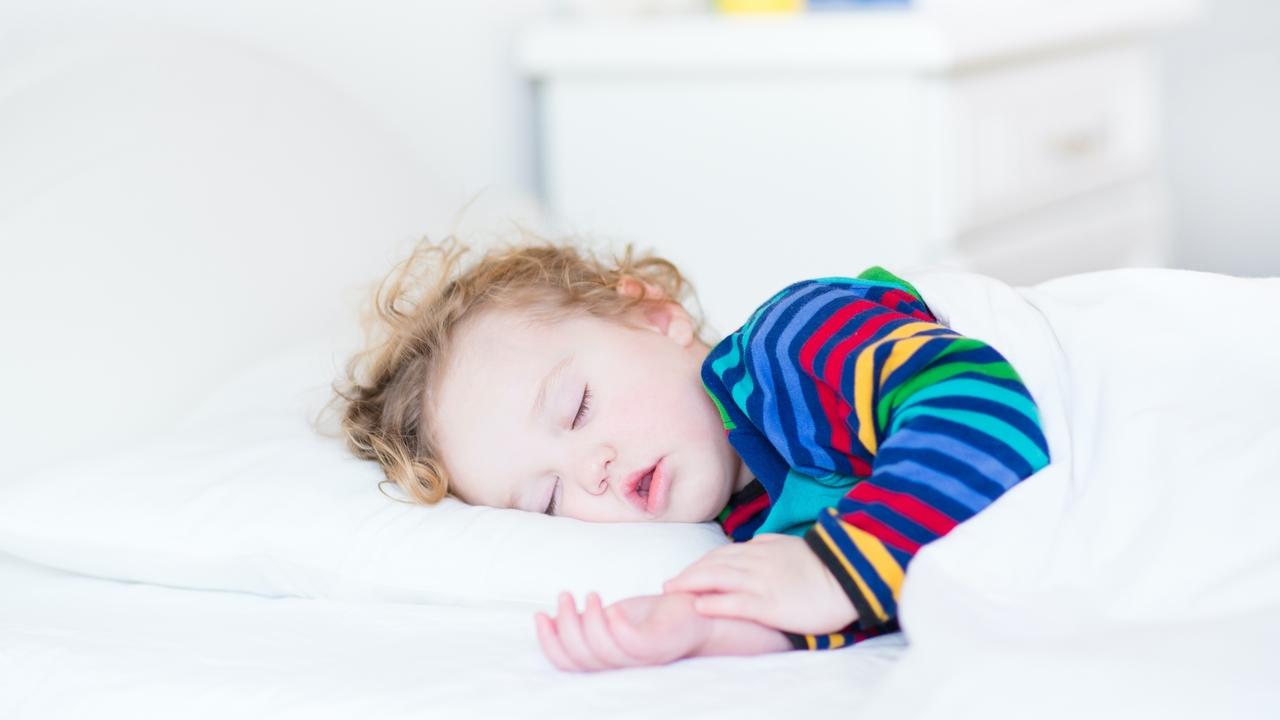 On the one hand, after the transition is over, the day looks beautiful and glorious. You have so much TIME to do all these THINGS that you’ve needed to do!

But the transition itself… well, who likes transitions?

(The only less painless than this, are, of course… the 6-5 transition, the 5-4 transition and the 4-3 transition. But those are so unnoticeable - and sometimes non-existent - that I’ve deemed them unworthy of mention. However, should you find yourself struggling with any of the aforementioned transitions, this post will guide you through that as well.)

So then, without further ado… let us dive in.

Ahh, such a good question you’re asking, my dear.

But as with all good questions, let me answer with a question (or two).

How long is your baby’s awake time limit? And how long are her naps?

See, the average age that children are ready for a 2-nap day is somewhere between 5 and 7 months, with most kids landing at about the 6 month mark.

6 months is the age that sleep scientists and doctors talk about babies “consolidating daytime sleep”, meaning they’re sleeping less often during the day, but in larger chunks of time. Or, in a nutshell: your baby’s brain changes then.

But I’ve worked with babies as old as nine months old whom I’ve put on a 3-nap day to start with.

Because in order for a 2-nap day to happen, we have to have 3 awake times + 2 naps in a 12 hour period. In short: longer naps, and longer awake time.

But let me show you what I mean.

Let’s take a look at an approximate ideal 3-nap day. But before we do, I want to stress two words in that sentence: approximate -- because it’ll look *something* like this, though not exactly, and ideal -- because that’s what I aim toward with clients whose babies are on a 3-nap day.

I built this schedule assuming a couple of things (aside for the 7-7 day):

So now let’s take a look at an approximate ideal 2-nap day for a kid who’s freshly transitioned:

This baby is also on a 7-7 day, but here’s what’s different:

But a baby who’s just transitioned will likely still need about 3-4 hours of daytime sleep a day, so a catnapper won’t be ready to transition until those naps lengthen or the awake time lengthens enough to compensate.

And, a baby who’s only going about 2 hours of awake time, unless they’ve got two 3 hour naps, just won’t be able to go a full 12 hours with only 2 naps in it.

Well, one of two ways.

Option #1: Organically. Most babies, especially those who’re already napping well, will slowly make the transition from a 3-nap day to a 2-nap day as their awake time limits get longer. As 2 hours turns into 2 hours and 15 minutes and then to 2.5 hours, the third nap gets pushed out of existence.

What you’re left with, though, is a big black hole between second nap and bedtime that’s too long to go without a nap, but too short to have a nap in. In that situation, if it’s only slightly too long, you can push bedtime up; or, if it’s really too too long, then this is the perfect place to toss in a short little motion nap.

Option #2: Push it. Sometimes, you may find yourself in a situation where it won’t - or can’t - happen organically. Maybe you’ve got a catnapper still on 3 naps at 9 months old, and you’ve tried to let it happen… and it’s just not (yep, I’ve worked with kids like that!). Maybe your kiddo is frozen at a shorter awake time limit, and doesn’t seem to be able to do well with something longer. Or maybe it’s something else entirely.

Regardless of the reason, though, if need be, you can push the transition. I’d aim for a nap schedule of about 9:30 and 2:30 on a 7-7 day; whatever time first nap is, you’ll start by pushing it 15 minutes, and do the same with the later naps of the day. Push another 15 minutes every 1-3 days until you’ve hit your goal time.

Regardless of which method you use, though, it’ll usually take about 2-4 weeks to transition. Once that transition is over, you’ll be good to go, with a beautiful, glorious 2-nap day, with perfect little compartments for breakfast, lunch and dinner as you start to introduce solid foods to your kiddo.

So what do you think? Harder than you expected? Easier? Let me know in the comments!